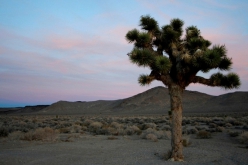 Stingray is one of the most notorious finger cracks in Joshua Tree, USA. First ascended by Japan’s Hidetaka Suzuki in 1988 a few months after local Mike Paul had climbed it on top rope, this fierce crack checked in as one of the hardest crack climbs in the world. Located on the Iguana Dome, it quickly garnered a formidable reputation; testament to its difficulty came from the fact that it had to wait a staggering 22 years before it was first repeated, by Sonnie Trotter in 2010. At the time the Canadian described it as "one of the finest cracks I’ve ever seen in my life" and only slightly easier than his very own Cobra Crack, a 5.14 benchmark at Squamish.

Stingray has seen only a handful of other ascents in the past, notably by Mason Earle in 2014 and both Matt Segal and Will Stanhope in 2015, and in its 32-year history the stunning overhanging splitter had never been climbed by a woman until Brittany Goris set the record straight last week. Goris worked the route with Prithipal Khalsa who successfully repeated the line three weeks ago, while she herself claimed the first female ascent on 7 February. She placed all gear on lead and in an impressive display of determination came up trumps about after almost fifty attempts spread out over almost two months spent in the magnificent Joshua Tree desert.