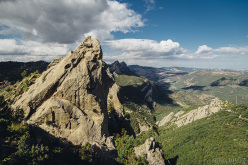 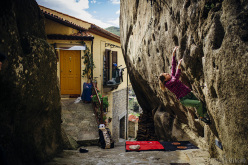 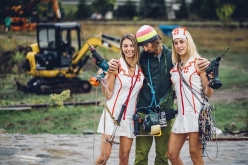 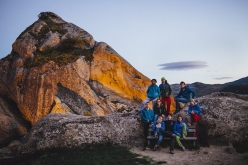 We’ve been doing XP for THREE years now. Initially the guys had no idea what it was all about, now I reckon they’ve understood. They’ve understood that for a week every year, if they feel like it, they’ll give in to my fantasies, to Adriano’s ravings, to the needs of Lorenzo and Federico in order to form this small climbing army.

In a week they will climb much less than they could do in any other week elsewhere, but in the end what’s important is that what remains is a long-lasting recollection of this trip. Memories of days spent searching for boulders and brushing holds that perhaps don’t even lead to the top of a problem. Memories of places they’ll perhaps never see again, because those places have a sense of existing only on that particular occasion, and with this motley group of individuals. Climbing involves rocks, holds and lines, but also many other things that revolve around it. During these small expeditions we look little at the core and much more at what surrounds it all.

In October 2015 we stayed in Basilicata, between sand castles and phantasmagorical formations, between problems on someone’s house door or up  sandstone towers that defy the laws of gravity.  In a week we have gave a shape to our climbing, now it's your turn!