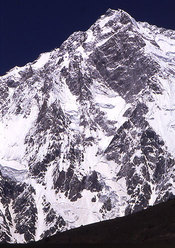 Terrorist attack at Nanga Parbat base camp: at least 10 dead

A serious and incredible terrorist attack took place at 1am at on the Diamir side of Nanga Parbat base Camp (Pakistan). At least 10 people are believed to have died in the attack.

Last night a group of armed men attacked the Nanga Parbat base Camp located on the Diamir flank, killing at least 10, while some sources are stating 11 dead. According to preliminary reports the dead include alpinists from the Ukraine, China, Russia and Pakistan, but for obvious reasons at present the situation is not entirely clear.

According to the huffingtonpost.com, Pakistan's Minister for Internal Affairs Chaudhry Nisar Ali Khan stated that those who had died in the attack were 6 alpinists from the Ukraine, 3 from China and 1 from Pakistan, while a further Chinese alpinist had been injured. According to repubblica.it, responisbility for the massacre was claimed by Jandullah, an extremist Taleban militant group. Many sources state that the terrorists attacked Base Camp wearing police uniforms.

Explorersweb.com states that a Turkish alpinist, Tunc Findik, was at Camp 2 at the time of the attack and is now descending together with Mehdi Gholipour from Iran and some Sherpa from Nepal. At present the area and Base Camp itself is currently protected by Pakistani police. Circa 50 alpinists belonging to various different expeditions are currently on Nanga Parbat.

This is the first time that something of this seriousness happens in a Gilgit - Baltisan region which, up until now, has always been considered relatively stable. What took place last night was completely unexpected. A true tragedy.