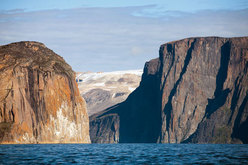 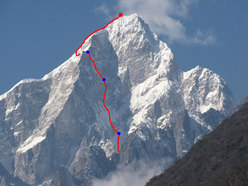 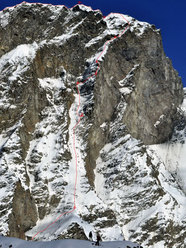 Piolet d'Or 2011: the nominations, Doug Scott receives Lifetime Achievement, and all the evenings

The IXX Piolet d'Or will take place from 13 - 16 April 2011 at Courmayeur and Chamonix (Mont Blanc). Six ascents are in the running for the golden ice axe, while the great British mountaineer Doug Scott will receive the Lifetime Achievement Award. Details of the evening dedicated to Extra-Ordinary Alpinism and the rest of the program...

4 days, from 13 to 16 April. 2 class locations: Courmayeur and Chamonix, alias Mont Blanc. 6 ascents in the running for the alpinism Oscar. 1 Lifetime Achievement Award in order to remember the roots (and ethics) of mountain climbing. And, above all, a moment to celebrate, talk, communicate, think, reconsider and discuss present-day alpinism. This is what the Piolet d'Or is all about, this international meeting now in its 19th year and promoted by the Courmayeur and Chamonix town councils along with the Groupe de Haute Montagne and Edizioni Nivéales for all those who love the mountains. Let's analyse the program day by day to see what lies in store.

THE PROLOGUE. It all begins on 13 April with a special lecture at the Gervasutti Bivouac in Val Ferret presented by the Turin Alpine Club and Marco Albino Ferrari. On Thursday 14 April the evening is dedicated to Extra-Ordinary Alpinism and will take place at the Jarden de l'Ange in Courmayeur. Host Kay Rush will introduce Ivo Ferrari, Rossano Libera and Fabio Valseschini and their extra-ordinary alpinism which stems from the soul. They will be joined by Davide Capozzi and Francesco Civra who testament an opposite sort of alpinism whose vision and aim is, after the summit, to descend (increasingly steep) slopes with skis or snowboards. This evening lecture is a way of continuing that "dialogue" about alpinism, initiated last year with "family" partnerships, to which the Pou, Auer and Anthametten brothers were invited, as well as Barmasse father and son. The evening is also intended to be a look into the future, with the needs and motivations of alpinism playing a central role. In line with the spirit of the Piolet d'Or therefore.

THE NOMINATIONS AND THE AWARD'S CEREMONY. The event continues chronologically on Friday 15 April in Chamonix with the much-awaited Piolet d'Or Award's ceremony for the best ascent of 2010 chosen from 6 climbs by an International Jury presided by Australian Greg Child. A man who knows a thing or two about mountain climbing, and how! But let's have a quick look at the 6 nominees (made official last Friday) in the running for the Oscar which the Jury has selected from a list of 52 climbs done in 2010. What immediately strikes is the geographical variety: perhaps more than ever before, these nominations are "scattered" all over the world. Naturally all are first ascents and all were carried out in "lightweight" style, ie in alpine style. Beginning with the infinite 71 hour non-stop "race" up Mount Foraker (5304m) in Alaska, carried out by Colin Haley (USA) and Bjorn-Eivind Artun (Norway). And continuing with the 4 bivy undertaking by the Japanese Yasushi Okada and Katsutaka Yokoyama up the SE Face of Mount Logan (5959m) in Canada. They will be joined on stage by British climbers Malcom Bass and Paul Figg whose first ascent of the South Face of Vasuki Parbat (6792m) in India "cost" them 10 days on the face. Nepal features prominetly with the first ascent of SE Face of Lunag 1 (6895m) at the hands of Frenchmen Max Belleville, Mathieu Détrie, Mathieu Maynadier and Sébastien Ratel. China, or better still Sichuan, is on the agenda (this year, too!) thanks to the first ascent of the East Face of Mount Edgar (6618m) by Bruce Normand (UK) and Kyle Dempster (USA), with 3 days spent for the approach and 5 days on the mountain. At this point it is worth remembering that last year Normand and Dempster (together with Jed Brown) won the Piolet d'Or for their ascent of Xuelian West, in China once again. And last but by no means least, in the running for the Piolet is the adventure up Greenland's big walls by the alpinist-cum-sailors Sean Villanueva, Nicolas and Olivier Favresse (Belgium) and Ben Ditto (USA): their 10 first ascents include Devil’s Brew which required 10 days on the face, with a standing-start directly off the deck of their sailing boat and base-camp, skippered by the highly experienced 75-year-old Bob Shepton. Hazarding a guess about who of these 6 nominees will win the golden ice axe is an arduous task even if, like all other alpinists, we've got a few ideas. What is certain is that another important step has been taken to stimulate the imagination and the passion for the alpinism of the future. In the meantime, it is worth noting that none of these six ascents was carried out on an 8000m peak. And this too must be indicative...

PIOLET D'OR LIFETIME ACHIEVEMENT AWARD. One man, Doug Scott, is certain to win something: he will receive the Lifetime Achievement Award on Saturday 16 April at Courmayeur. So after Walter Bonatti (2009) and Reinhold Messner (2010) it is now the British mountaineer who adds his name to the special Hall of Fame (to which we, allow us, feel that Riccardo Cassin can be rightly added). It's superfluous to say that Doug Scott has fully earned this honour, his personal history, his style and climbs are irreproachable. Like the first ascent (together with Dougal Haston and expedition leader Chris Bonington) up the SW Face of Everest which included that incredible bivy immediately beneath the summit. And like that legendary first ascent of Baintha Brakk (7285m) in 1977, that famous Ogre, during which Chris Bonington lived through one of mountaineering's most extraordinary epics: after an incredible ascent to the summit, Scott broke both his legs at the first abseil. And as if this didn't suffice, Bonington broke his ribs and suffered from pneumonia. All of this in the midst of a terrible storm... What ensued was an incredible fight for survival but seven days later they reached Base Camp, on all fours. but they got there, with an undertaking which broke all previous dimensions. But Doug Scott's list of ascents continues and is crowned by the splendid first ascent, via one of the most beautiful routes of all, up the East Pillar of Shivling (6543m Indian Garhwal) in 1981 together with Rick White, Georges Bettembourg and Greg Child - yes, this year's Jury President. Others worth mentioning are the 1979 new route up Kangchenjunga 8586m (together wit Joe Tasker and Pete Boardman), as well as another new route up another 8000er, Shisha Pangma, carried out in 1982 with Alex McIntyre and Roger Baxter-Jones. But apart from these great ascents (more than 45 routes from Mont Blanc to Alaska, via the Himalaya and Karakorum), what is striking about Doug Scott's alpinism is above all the style in which the climbs were carried out. An "alpine style", naturally. Always done "by fair means", man and mountains in an honest manner which is the hallmark of alpinism's all-time greats and of that authentic British mountaineering. It comes as no surprise therefore that Scott (born in 1941 and climbing since he was 12) has tied in with the greatest British mountaineers (true "monsters") of his era. And it comes as no surprise that he has been President of the British Alpine Club, and that he is actively engaged in helping the Nepalese people with Community Action Trek Ltd. Furthermore, Doug Scott has not only been awarded the Royal Geographical Society Patron's Gold Medal, he is also Commander of British Empire. To which now - quite rightly - will be added the Piolet d'Or Lifetime Achievement Award on Saturday 16 April at Courmayeur. Don't miss it!