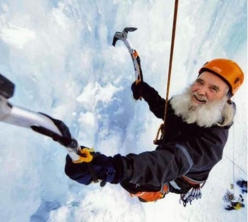 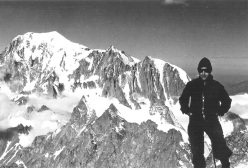 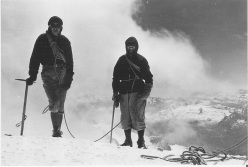 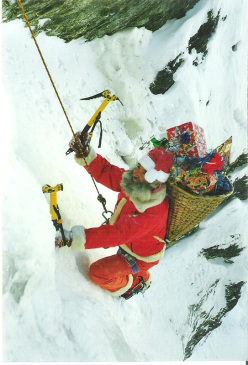 PORTFOLIO / gallery Portfolio: Agostino Gustin Gazzera, goodbye to the spirit of the mountaineer

Agostino Gustin Gazzera, goodbye to the spirit of the mountaineer

In memory of Agostino 'Gustin' Gazzera. Born in 1927, the Italian alpinist died on 11 January 2019 after demonstrating a lifetime’s love for the mountains.

Gustin was unmistakable. With his white beard. With that look in his eyes that came from afar. With his long-drawn silences and that ancient courtesy, coupled with disarming simplicity. Agostino "Gustin" Gazzera was a man of yesteryear. A man who came from times that no longer exist and from mountains that are no longer the same. Born in Bra, in Northern Italy, his life was by no means easy. On the contrary, born into a working-class family, he had to earn his way forward. In order to earn, as the saying goes, his daily bread: the iron foundry at Fiat certainly wasn’t an oasis of comfort. And in order to take to the mountains, his great love. Gustin’s passion for mountaineering came about all of a sudden and was courted intensely, so much so that he never stopped climbing. His mountains, like his climbs, were reached by bicycle after his shifts at the factory. Those ascents were marked by immense effort, but also by a curiosity - defined nowadays as spirit of adventure and exploration - almost naive and primordial. Just like that of lovers. Like those who simply cannot do without adventure. Because his mountains were a discovery, often solitary, always silent. This his how Gustin, “equipped" with makeshift gear - ropes, pegs and so forth - made Mount Monviso his second home, exploring its every nook and cranny. He then climbed Mont Blanc and also the Matterhorn, with a Garibaldino-like spirit, with a disarming clarity of intent. To say that Gustin was enthusiastic about life and alpinism is a huge understatement. He certainly never stopped being a mountaineer. He simply never stopped being what he was and had tried to be for all his life. Perhaps this is why - aged well over eighty - he showed no fear when climbing icy waterfalls in piolet-traction. Gustin with his ice axes and crampons was a spectacle. An almost alienating sight. Ezio Marlier must have thought this when he met Gustin during his legendary Ice Tour. Marlier immediately fell in love with him. And all mountaineers fell in love with that tireless, fantastic man. So much so that a film was made about him, obviously entitled L'alpinista, the alpinist. Gustin deserved this. He who, with his lightness and simplicity, reminded many of the great, eternal spirit of the mountains.