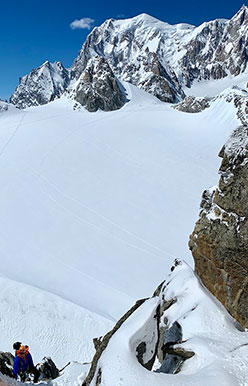 Mtbness on Aiguilles Marbrées is a very logical climb up the left-hand side of the mountain, a few meters to the right of a summer rock route equipped with pegs. It follows a series of frozen corners to reach the couloir up high, along the most natural line of weakness.

Reach Courmayeur in Italy and take the Skyway cable car up to Rifugio Torino.

From Rifugio Torino proceed slightly downhill, along the track that leads to the Dent du Geant de and Colle di Marbree, until the track begins to ascend. The rock face is on the right, 15 minutes from the hut. Starting altitude 3300m.

P1: M5 thing crack and corner, 2 bolts, belay on terrace on left
P2: M6+, 7/8 of the corner are rather difficult and made sweeter with two bolts. Belay on the left !
P3: M4, from the belay traverse slightly rightwards (do not follow the pegs left). Bolt 10m higher to the right
P4: head towards the couloir on the left past normal mountain terrain & difficulties
P5: follow the gully to the breche

Friends up to BD blue, set of nuts, slings. One 70m rope

COMMENTS for the route "Mtbness"

No comments found for Mtbness 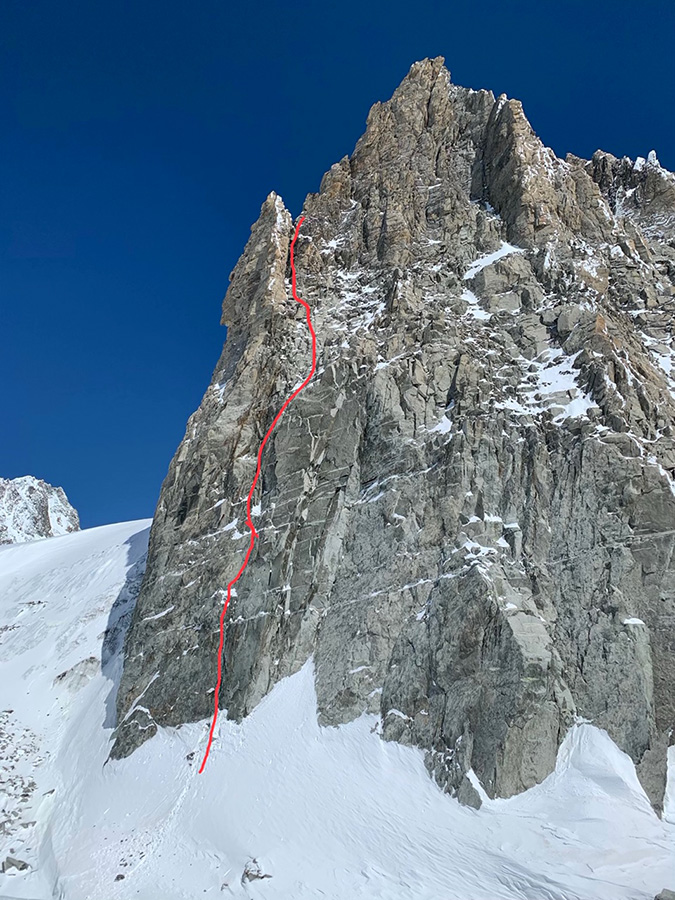