► News ► Interviews ► Nanga Parbat in winter, Moro and Urubko travel towards their dream 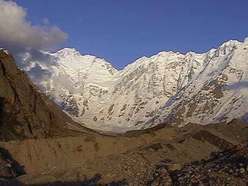 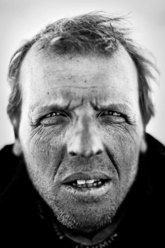 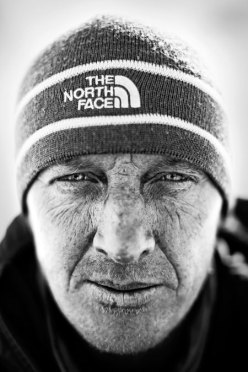 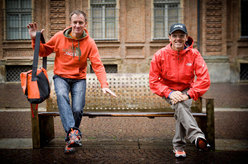 Nanga Parbat in winter, Moro and Urubko travel towards their dream

Interview with Simone Moro and Denis Urubko, currently on their way to Nanga Parbat to attempt the first winter ascent of Nanga Parbat (8125m).

Before reading this interview a couple of words of introduction about the press conference which took place in Milan shortly before Moro and Urubko's departure... Start with Nanga Parbat. Take Simone Moro and Denis Urubko. Add Reinhold Messner. Packed into the head office of the Gazzetta dello Sport... and what you've got are all the right ingredients for a great event. The impression one got last Tuesday in the press room of Italy's noble sports newspaper was exactly this. The presentation of an attempt of the first winter ascent of legendary Nanga Parbat was and is first-class, it's true. Just like the mountaineers about to embark on this undertaking, Simone Moro and Denis Urubko. But for those used to the mechanisms of mountaineering, the room filled to the brim with journalists and that tangible, marked interest were somewhat uncanny. Above all because of the ancient mistrust of mountaineers, or better still their "line of thinking", who shun the limelight before a route has actually been climbed. But no: it is indeed possible to talk about alpinism and (finally) place it in the media spotlight, and do so honestly without betraying its very essence. Alpinism in all its forms and facets was discussed in that conference. That of Moro and Urubko which Messner defined as “classic” and therefore great. Nanga Parbat was talked about, as well as those great alpinists, from Mummery to Buhl and Messner himself, who have a place in this mountain's history. And obviously the first winter attempt of Nanga Parbat was mentioned, too. As was the fact that, like all winter ascents of an 8000er, the chances of success are completely random and the margins of uncertainty are extremely high. So much so that simply resisting for two or more months in temperatures between -30 and -50 °C is a real undertaking. The mere thought of attempting the mountain alone, just the two of them, stretches the imagination; Moro and Urubko, banking on their experience and “extremely lightweight” style, which netted them the first winter ascents of Makalu and Gasherbrum II. What seems clear, once again, is that the summit of such an enormous undertaking comes about step by step. This is why we interviewed Simone Moro and Denis Urubko at the start of their journey to Nanga, right when action on the mountain is imminent but still a stone's throw away...

Simone, Denis… you've left Islamabad to start your winter adventure on Nanga Parbat. What lies in store?
We flew to Skardu on 29/12 with a plane which flies above Nanga Parbat. This gave us the chance to check out the mountain from above. My gear deposit with all my mountaineering equipment is in Skardu and so I'll prepare all the gear which was here in loco and which wasn't sent by cargo from Italy. We'll only stay in Skardu for a night and then we'll drive via minibus to Gilgir where we'll meet our Pakistani staff. We'll then continue by jeep the next day to Bunar and head on to Halala.

How's the team moral? Talking of which, can you introduce us to the team?
Denis Urubko and Simone Moro are the alpinists. Matteo Zanga is our photographer, responsible for the audio and sending dispatches from base camp. Fachir and Saijan are our cook and helper.

If you had to introduce Mr. Nanga Parbat to those who know little or nothing about alpinism, what would you say?
Well, Nanga is the biggest mountain on the planet, the highest in terms of vertical height difference from Base Camp to the summit. The most colossal mountain in the world. The peak has already been attempted 11 times in winter and although the accident rate is high, this is heavily influenced by the numerous tragedies which took place during the '30's and '40's during the first wave of conquesting the summits.

And what about a first winter ascent of an 8000er?
This represents a historic attempt and not just a demanding ascent. This means that chances of success are very low and therefore ours certainly isn't a convenient choice, especially if you produce live dispatches.

You'll reach Base Camp in a couple of days... what are your thoughts at the moment?
We hope to be like we were on Makalu, on G2 and also in some respects like we were on Shisha Pangma, i.e. fast and light. Obviously we're always dependant on the weather conditions, but a normal winter and normal snow conditions would suffice to make us happy. At the moment conditions seem good, even if the wind seems pretty strong already...

Any doubts? For example, tell us about your dreams and/or nightmares, if you have any?
Our doubts are fundamental, human. Rambo-like alpinists usually die quickly and we are anything but invincible. Doubts therefore are connected to our ability to acclimatise properly before attempting to climb Nanga. Other doubts are connected to the avalanche danger in the starting gully and the fear of stumbling across blue ice if there is no snow whatsoever. In short, we know that Nanga Parbat in winter is the umpteenth great exploration of our limits and our technical and tactical abilities.

Making comparisons is never easy, but what is identical or similar and how does the Nanga Parbat you are about to attempt differ from the other two first winter ascent (Makalu and GII) you achieved together?
There aren't many things that differ, apart from the additional 1000m vertical height gain (which happen to be a fair bit). The team is tried-and-tested by 12 years of mountaineering together. Although Makalu is higher than Nanga we didn't suffer any frostbite. The logistics are super-tested and therefore similar to other winter expeditions. The difficulties are well known and don't change much. Ascending an 8000er in winter remains a lottery...

Simone, apart from Makalu and GII you also made the first winter ascent of Shisha Pangma… there must be something we haven't quite grasped about the draw of winter ascents...
For what it's worth, winter mountaineering in the Himalaya and on an 8000er has a strong, profound taste of explorative, pioneering, historic alpinism. You realise that this choice means cutting loose from all those safety aspects and chances of success which are related to the same climb in summer, often carried out with identical, simultaneous expeditions. Furthermore, you're really put to the test during the entire length of the expedition, just waiting in base camp is particularly difficult. Having said that, it boils down to a choice, even if somewhat inconvenient, and I really do understand why it's avoided by those collecting all fourteen 8000ers. Winter mountaineering in the Himalaya means investing years and time, success comes about perhaps only once during an entire career and this certainly isn't fashionable with the dynamics one is often wedged in to.

If all goes well, what's the plan?
Acclimatising on Ganalo Peak at 6608m, hopefully conditions won't be too dangerous. Then give Nanga a bash to at least 7000m and descend to Base Camp, weather conditions and acclimatisation permitting. A possible second attempt should be a summit push, like on Gasherbrum II.

The Kinshofer route on the Diamir Face in winter: advantages, disadvantages, doubts and difficulties.
The Kinshofer route, above all without fixed ropes, isn't a path. On the contrary. If the mountain is devoid of snow we'll have to climb blue ice up the first section to the vertical rock band at 6000m. We certainly can't and do not want to fix ropes up that first section and along the upper traverses so we'll always climb roped-up and with our antenna ready and alert...

Who are you allies and "enemies" in this project (the wind, cold, boredom...)
I'd say the worst element of all is the wind. You simply cannot climb to the summit in high winds, but you can survive even in intense cold. Another "enemy" could be the size of Nanga Parbat and therefore the time needed to climb it. We have two allies: the team and our specific experience - success and attempts - of winter mountaineering on 8000ers

Simone you are undoubtedly a great communicator and are always willing share your thoughts. But don't you ever think "right, that's enough..."
Being good at communicating has become more a curse than a virtue. I'm "disliked" because I communicate and since I'm perhaps fairly good at getting the message across, everyone thinks that I'm only good at selling things (rubbish?) and that Denis is the technical and muscular locomotive while I sit comfortably as a passenger in my first-class seat. Instead of talking about my communication skills, I'd love it if people asked Denis about me as a mountaineer of if they joined me for a week to see my training regime and how I spend my time. Perhaps like this they'd understand a bit more about who I really am. Just a few days ago Denis shared his opinion, publicly and personally with Messner, about my mountaineering skills, but at the end of the day it boils down to Simone Moro being the "communicator". Oh well, I'll just have to live with this. There are many Olympic athletes though who have become "public figures" for their abilities which have nothing to do with their sporting achievements. I'd be pleased if people understood that I'm a similar case in point.

Yes, but how do you constantly manage to remain "connected", even at 8000m?
Regarding always being "connected" (perhaps it would be better to say reactive at communicating), this is a burden, it's by no means easy yet it's something I've decided to keep, just like the constancy needed in training. You need balls and the technological know-how if you always want to be ready, wherever you are, to communicate. This is obviously a personal choice but don't be fooled into thinking that this is an alternative to the actual mountaineering, it is simply an addition dictated by the desire to be professional, not just a pro. I'm not fed up yet but at times I find the usual interviews, by some layman journalists, tiresome. You do the interview but understand that they can't give a shit about anything and are only interested in earning money from their texts...

Messner, during last week's press conference at the Gazzetta dello Sport, defined your alpinism as "classic". Coming from him this is obviously a great compliment. What do you think about this and how would you define your alpinism?
Exactly as Messner defined it. We're not inventing anything new but simply recalling the basic elements which led to the birth of alpinism. When I talk about exploration and historic ascents, I'm referring to alpinism which was carried out right at the start and which continued for a couple of decades, prior to the era of performances, of collecting things, of making records. Defining it as classic alpinism fits the bill. This doesn't mean it's better or worse than other forms of mountaineering, simply "classic".

Up there on the mountain, on the immense Diamir face, you two will be alone... How do you feel? And does this exalt or intimidate you?
We're both excited and frightened at the same time. But this isn't a worrying state of mind and for the time being we're coping well... We'll be like we were on Makalu...