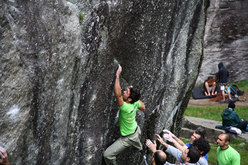 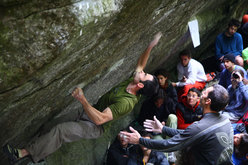 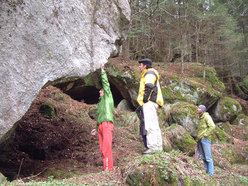 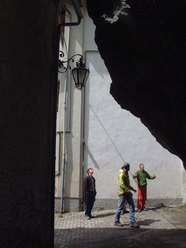 The fifth Melloblocco, the world's largest bouldering meeting, takes place in Val Masino from 08 - 11 May 2008. A record breaking 1699 climbers have already signed up for the event.

As we go to press 1699 climbers have pre-registered for the Melloblocco 2008. Or rather, by the time you read this perhaps the incredible 1700 mark has been reached. This is a record in absolute terms and beautiful confirmation of the fact that the event has obviously captured the imagination of climbers worldwide. It's also fantastic confirmation for this sport in general, full stop.


Melloblocco 2008 information factsheet
The team of route setters
A merciless spring has put the route setters to the test but they've pulled off the impossible. Guided once again by Simon Pedeferri, the extremely strong all-rounder and member of the historical Ragni di Lecco climbing group, the other members include Mario Vannuccini, the Gigiat the mountain guides, Andrea Pavan (author of the recently published Mello Boulder climbing guidebook), Andrea Barbieri, Francesco Piovesan and members of the ERSAF Forestry service.

The four meeting areas
Much effort has gone into preparing the 4 areas destined for Melloblocco 2008. After the long winter break and as soon as the snow started to melt off the mountain slopes the route setters got to work preparing Val di Mello with hundreds of problems and the competition boulders. More details below:

Bagni di Masino
This is the first of the two taster areas. Circa 70 boulders problems have been set close to the old thermal baths. Some of these problems are new, others have simply been cleaned in this truly diverse setting comprised of fairytale boulders in a land of untold beauty. Another 50 new problems have been prepared at the new Bagni2 area and this too breathes a rarefied atmosphere of moss and ancient tress which cast long shadows onto some of the 14 competition boulders, of which 7 have been prepared especially for the women.

San Martino
The small San Martino village is the focal point of Melloblocco 2008. San Martino is where the climbers bar and climbing shop is located and wedged in between the stone houses a pearl awaits climbers and tourists alike: a fantastic competition boulder. Hidden in a side alley, you'll first have to hunt it down like in a treasure hunt! It'll be a unique spectacle, watching the walking crashpads trudge up the narrow streets in front of an increasingly curious crowd.

Collinetta, the new entry
The real news for Melloblocco 2008 can been seen from the car park and the bars: La Colinetta. Although climbers refer to this hill as La Colinetta, this area is actually called "La Mota", which translates as goat without horns. From the southern end of the car park reach these splendid meadows after a mere 5 minute walk. Green grass and thick turf make this ideal for families and idle picnics. The result of recent route setting are 150 new problems (in addition to the existing 25), many of which are easy, some still need to be freed while others are part of the competition. Colinetta is destined to become extremely popular thanks to the fact that it is completely new, extremely beautiful, easy to get to and close to bus stop for Val di Mello, Bagni di Masino and the Sasso di Remenno area. No doubt climbers will be here at all times of day, warming up while they wait for the shuttle buses or warming down in the evening.