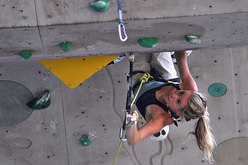 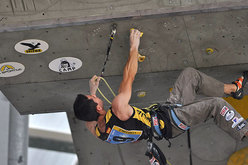 The IOC Executive Board announced yesterday that sport climbing has been shortlisted for the 2020 Olympic Games along with seven other sports. This is a fundamental step towards the main goal set by the IFSC International Federation of Sport Climbing and all rock climbers. The news arrives ahead of one of the biggest sport climbing events: the World Championship in Arco (Italy) from 15 - 24 July 2011.

The news just in can be archived into the category: dreams that might come true. Yesterday the IOC Executive Board met at Durban in South Africa and added sport climbing to the list of 8 sports which will be considered for the 2020 Olympic Games. Only one place is up for grabs and sport climbing is in the running against baseball, karate, roller sports, softball, squash, wakeboard and wushu.

One thing is clear from the outset: it won't be easy nor can anything be taken for granted. But this is certainly great news which takes into account the recent progress and credibility of the competition climbing movement. Being on equal terms with baseball, karate or roller sports, without wishing to take anything away from the others, is a result which just a few years ago would have been completely unthinkable. And yesterday's decision is a fundamental and necessary step in the process of becoming an Olympic Sport.

The wait to find out whether sport climbing will succeed in this historic aim won't be all too long: the decision will be made during the IOC meeting in Buenos Aires in 2013. In the meantime all efforts must be made to make this sport even greater still, and in recent years the International Federation of Sport Climbing has been doing just this. It is worth remembering that in 2007 the Federation received official IOC recognition and that the ratification in 2010 paved the way towards the dream of all sports: to become Olympic.

On that occasion Marco Scolaris, the President of the IFSC, told us that the greatest challenge was to "improve media visibility; make each competition a great event; improve federal commitment, on all levels, to make sport climbing grow in their own countries." This three-point program seems to be reaping rewards and in ten days time it will witness one of the most important moments, the World Championship in Arco.

This is a small sign of destiny, for Arco represents the history of both sport climbing and climbing competitions. After the "first" international competition in Italy's Bardonecchia in 1985, from 1986 onwards Arco and its 25-year-old Rock Master has become the symbol and the most advanced testing ground for sport climbing competitions. And now, from 15 - 24 July, the legendary Climbing Stadium will host the World Championship and take another important forward towards the Olympic Games; there could have been no better candidate!


Waiting for and believing in the Olympic Games, the unmissable event is at Arco from 15 - 24 July 2011