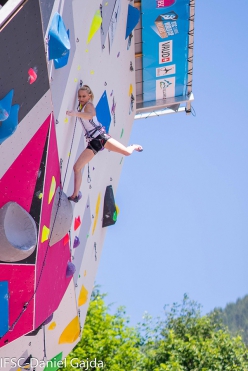 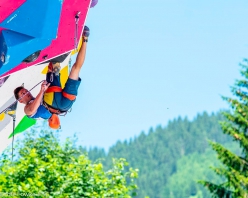 The first stage of the Climbing Lead World Cup 2019 began yesterday at Villars, Switzerland and continue today, with live streaming at 10 am from the semi-finals and at 20.00 from the finals. The fourth stage of the Speed ​​World Cup was won by Anouck Jaubert and Aleksandr Shikov

After an 8-month break, the Lead World Cup officially started yesterday morning. As usual, the stage is the huge climbing wall in the small town of Villars in Switzerland, where 86 female athletes and 97 male athletes met for the new season debut.

In truth, in recent months many athletes have already competed in the Bouldering and Speed World Cup in preparation Combined Olympic formula, and in yesterday’s Janja Garnbret picked up where she left off with the only two tops. It’s worth noting that Adam Ondra is currently absent due to injury and that 2017 World Cup winner Romain Desgranges made what can only be described as "a faux départ" by failing to qualify for the semifinal.

Anouck Jaubert from France and Aleksandr Shikov fro Russia won the fourth stage of the Speed ​​World Cup, beating YiLing Song and Dimitrii Timofeev who both slipped in the big final.