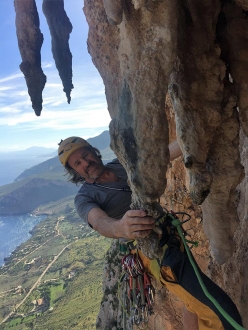 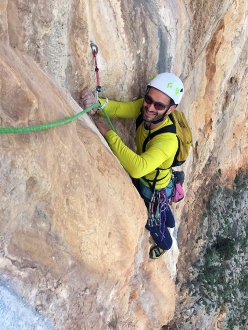 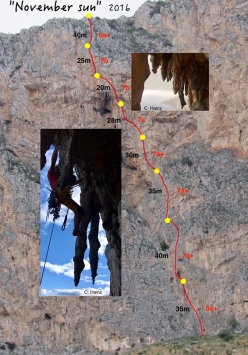 Christoph Hainz and Andrea De Martin Polo have made the first ascent of November Sun on Monte Monaco, the beautiful mountain that overlooks the famous seaside holiday resort San Vito Lo Capo in Sicily. The first ascentionst believe the new climb could become one of the most popular in the area.

Hainz and De Martin Polo established the 8-pitch line up the East Face of Monte Monaco ground-up from 19 - 23 November. The climbing is protected by a mix of bolts and threads, while all belays are equipped with bolts and rings. The first three pitches ascend the beautiful vertical grey slab past sharp holds and lead to the next block of three pitches that breach the overhang. Marked by tufas of all shapes and sizes, this paves the way for the seventh pitch and the 7b crux past an overhanging crack. The last pitch leads up significantly easier terrain to the summit.