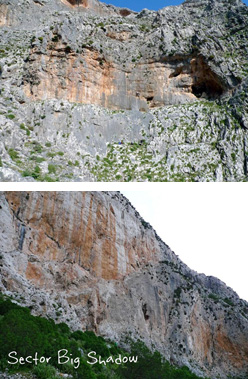 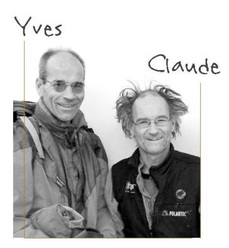 The Swiss brothers Claude and Yves Remy
Photo by climbkalymnos 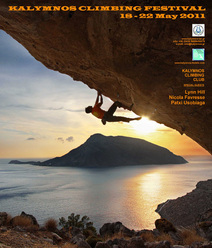 The update for all the new routes established on Kalymnos in 2010 and the latest climbs created by Claude and Yves Remy.

New routing on Kalymnos shows no signs of slowing down whatsoever! During a brief 10 days at the end of March and the beginning of April Claude and Yves Remy continued their love affair with this Greek island and produced two new sectors and added a flurry of new climbs to existing sectors, detailed below.

All of these routes join the cauldron of new climbs established by local and visiting climbers after the launch of the new guidebook in October 2010 - including the fantastic looking Palionisos bay on the NE part of the island - necessitating a May 2011 update which can be downloaded here. Looks like an another excellent reason why to join the international Climbing Festival at the end of the month which this year will host climbers such as Patxi Usobiaga and Nicolas Favresse!