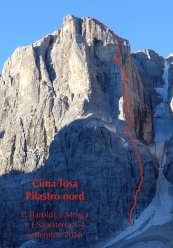 Great route on the right arête of north-east face of Cima Tosa. The climb has three distinct sections: the starting chimney (often wet), the gray central pillar and the wonderful and vertical final pitches that breach the overhangs and lead to the top.

Despite the relatively easy technical difficulties, Pilastro Nord is a serious undertaking because of its length, distant gear and sections of poor quality rock that is difficult to protect.

Ideal for those in search of an adventure, in particular in autumn before the snow plasters the wall.

From Rifugio Brentei reach the base of Canalone Neri, scramble up this (not particularly steep) to below the obvious Y-shaped chimney. Start a few meters to the lef to of the chimney (waterfall), passing the stepped terrain.

Friends to #2, microfriends, pegs and hammer. 10 pegs were used and left in-situ; plenty of threads and slings over flakes.

In August 1981 Berta Piercarlo and Gianni Giudicati made a serious attempt climbing almost the same route, stopping just below the finishing overhangs and abseiling down the route. We gathered this information at Rifugio Brentei; just one thread was found in-situ.

COMMENTS for the route "Pilastro Nord"

No comments found for Pilastro Nord 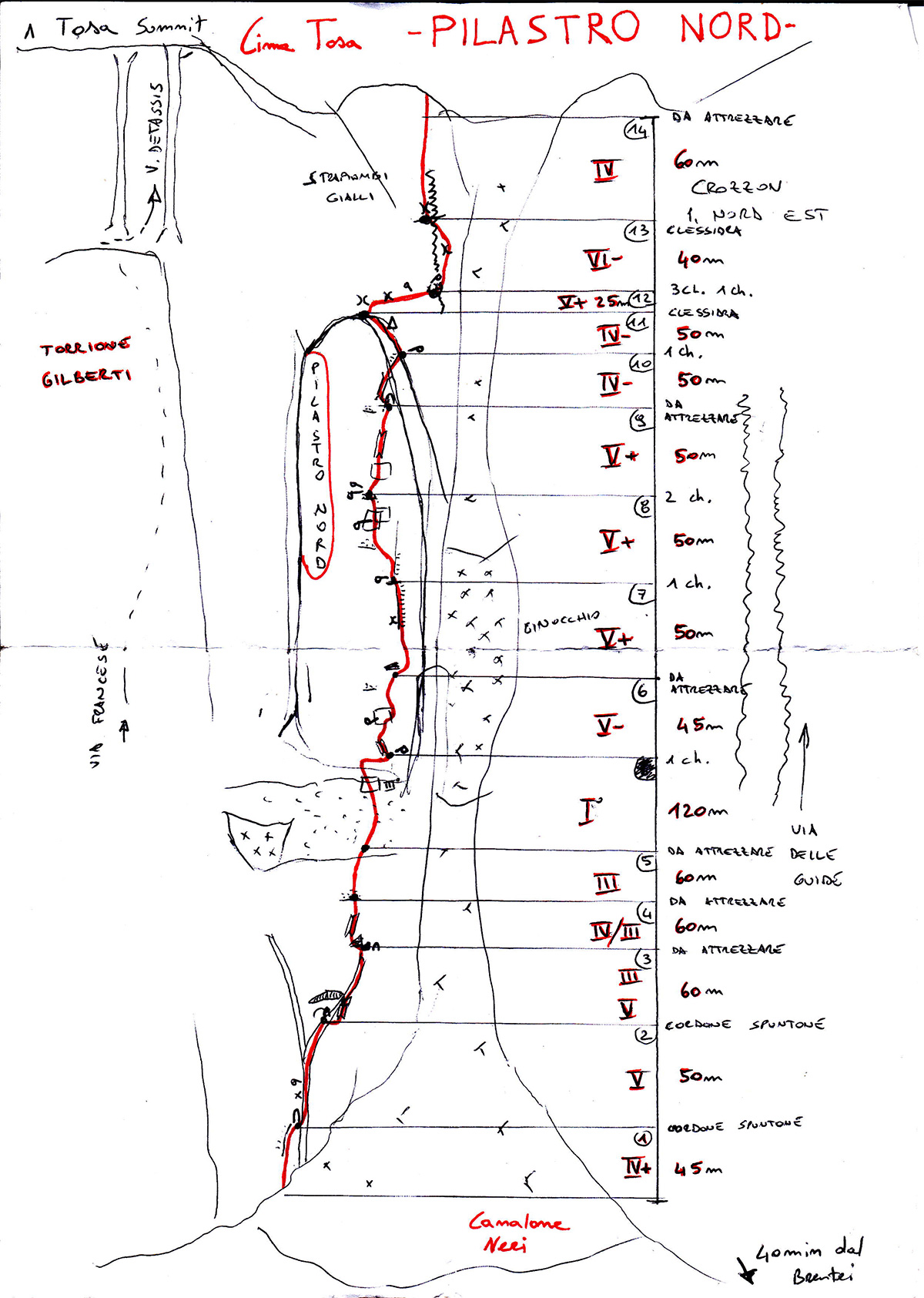