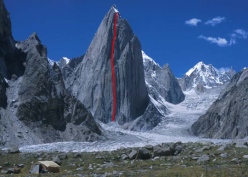 Islamabad – Skardu - Thongul (bus + jeep) , the small village that acts as the starting point for all trekking in the Baltoro region. A 2 day trek leads to Paiyu, another day leads across a glacial moraine to Shipton Spire BC, a beautiful grassy triangle that manages to survive the onslaught of the glacier nearby.

Continuous and logical series of cracks and corners that take an obvious vertical line from the summit of Shipton Spire. 1150m long, it climbs the magnificent vertical and overhanging granite wall to the crest beneath the summit, where it joins up with the 1997 American "Nef des Fous".

COMMENTS for the route "Women and Chalk"

No comments found for Women and Chalk 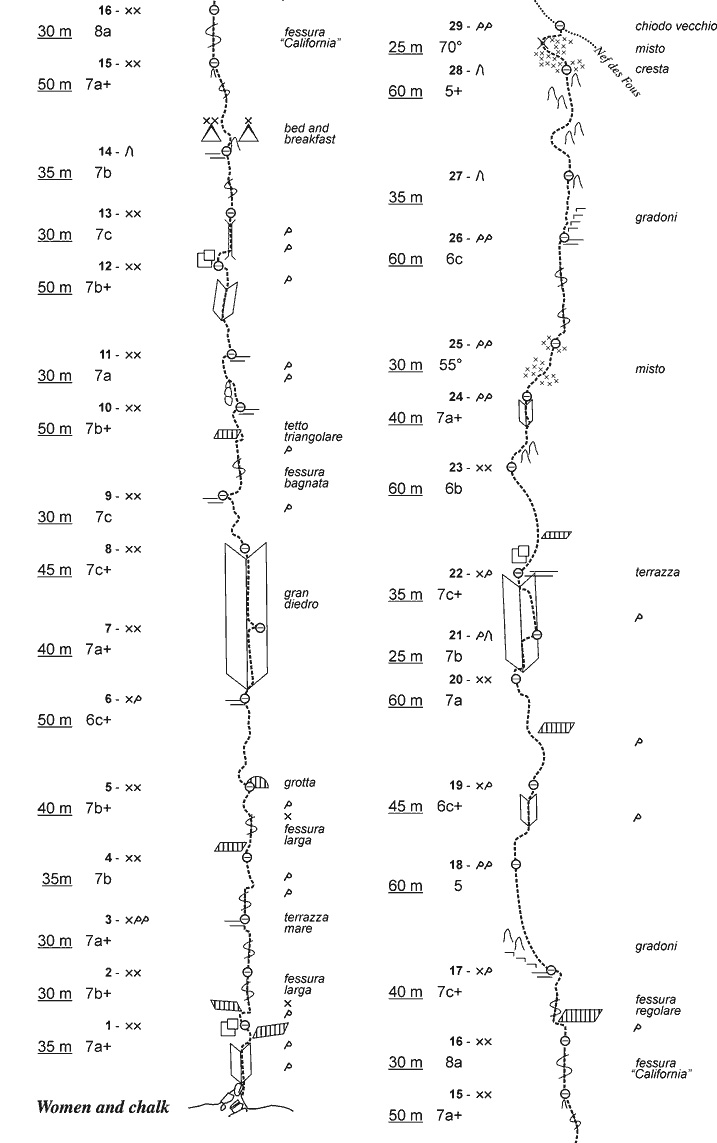