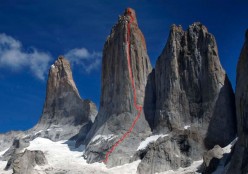 The striking 30 pitch South African route takes the clearcut dihedral up the East Face Central Tower, Paine, Chile. First climbed in 1973/74 and graded A4/5.10, it was freed in February 2009 by the Belgian climbers Favresse, Villanueva & Ditto. The trio spent 13 days freeing the route  and stated that the 1200m line contained some of the most amazing free climbing in their big wall career. 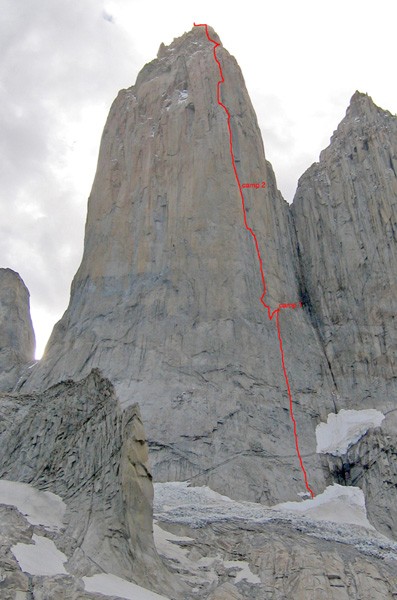