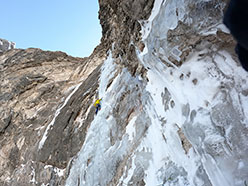 Zahnlos is a mixed climb that rarely comes into condition on the North Face of Seekofel / Croda del Becco above Lake Braies in the Dolomites. The first pitch is very delicate due to the poor rock quality. Plus not much ice forms there. The second and third pitches provide moderate difficulties, while the fourth pitch ascends a 45° snow ramp that leads to the crux finale. Thin ice, steep climbing. Two pegs were placed in total, one on pitch 1, and one on the last pitch. Both were left in-situ.

Take the SS49 from Brunico towards Braies and on to Lake Braies, from where you can already see the north face of Croda del Becco. Follow the path towards the Grünwald hut, then scramble up to the obvious waterfall (approx.1.5 + 2 hours)

COMMENTS for the route "Zahnlos"

No comments found for Zahnlos 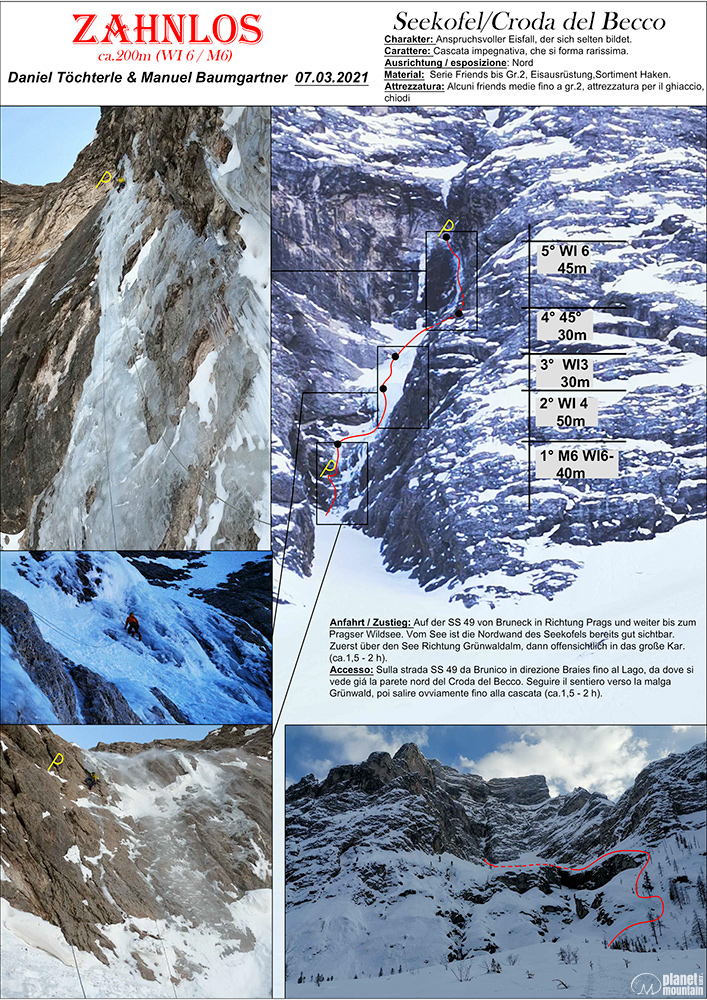