Rapunzel climbs an ephemeral line of ice located on the left side the Sass de la Crusc / Heiligkreuzkofel bastion.The first two pitches had been attempted by Manuel Baumgartner with his cousin Martin in winter 2018, but due to poor conditions they retreated. On 18 December Simon Messner and Baumgartner managed to add the remaining two more pitches. A peg was added to the crux pitch during the descent. Rapunzel could well be the first mixed climb on the Sass de la Crusc.

From Santa Croce (2045m), beneath Sass dla Crusc, follow path no. 15B that leads beneath the mountain to reach the obvious ramp. Stash skis here and continue on foot.

COMMENTS for the route "Rapunzel"

No comments found for Rapunzel 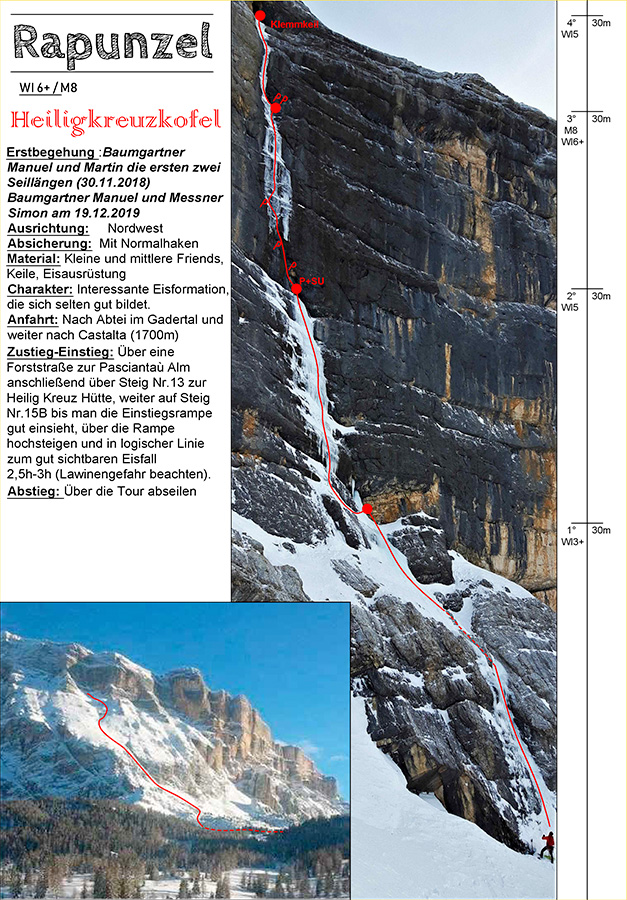