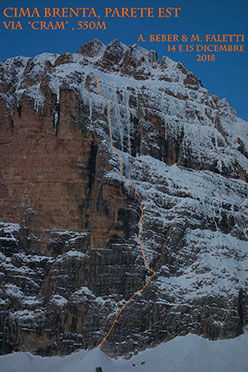 This winter climb follows an evident drip of ice up the entire face, past some mixed sections on the first pitches.

It is often possibile to protect yourself on rock using Friends (we recommend an entire rack plus some micro friends). Ice screw placements were acceptable on the upper part and very poor on the lower part up to pitch #5. Useful 2-3 Deadman anchors, especially in the starting pitches.

All rock pegs we used were left in-situ (6 in total, at 4 belays), but we recommend you take hammer and pegs because the route is not equipped for an abseil retreat.

it is advisable to bring hammer and nails because the way is not equipped for a possible descent. 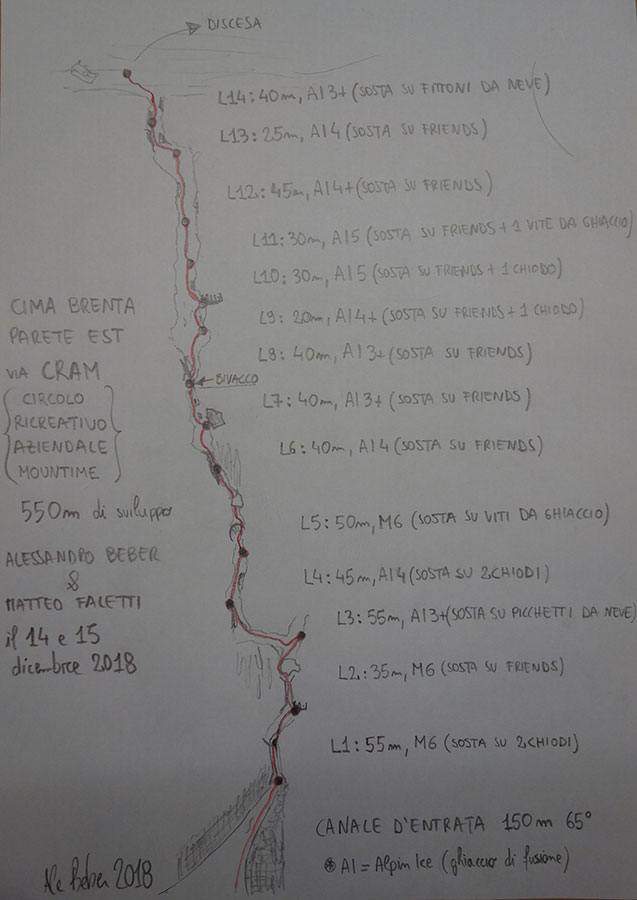 Complete and versatile belay / rappel device for climbing and...