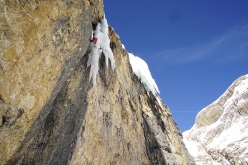 Spectacular ice and mixed climb above Val Lasties to the right of Freit dl mond.

The climb was first ascended onsight using friends, nuts and ice screws. There is an insitu peg at the base of pitch 3, left by a previous attempt carried out by a local climber.

The second ascentionists (convinced they were making a first ascent 4 days later) added bolts to the belays and seven bolts to the mixed pitch. Furthermore, there is a belay equipped with abseil ring at the top of the route.

On 12/12/2019 Simon Messner and Martin Sieberer climbed an additional three pitches on the upper section to create Hashtag Extension (M6, WI5). The three pitches were climbed without adding bolts, so there is no insitu belays. This is now a a 'very rewarding outing', but Messner warns that from the penultimate belay, with two 60-meter ropes you DO NOT reach the wide ledge and you consequently have to downclimb for about 5 meters. Alternatively, you can abseil off an Abalakov anchor.

Pitch 1 is shared with Freit dl mond. From this belay traverse left and belay on spike + bolt.
Climb the corner and exit left onto the drip. Continue up this to the grotto / ledge. The last pitch climbs the drip and leads to the end of the ice.

COMMENTS for the route "Solo per un altro Hashtag"

No comments found for Solo per un altro Hashtag 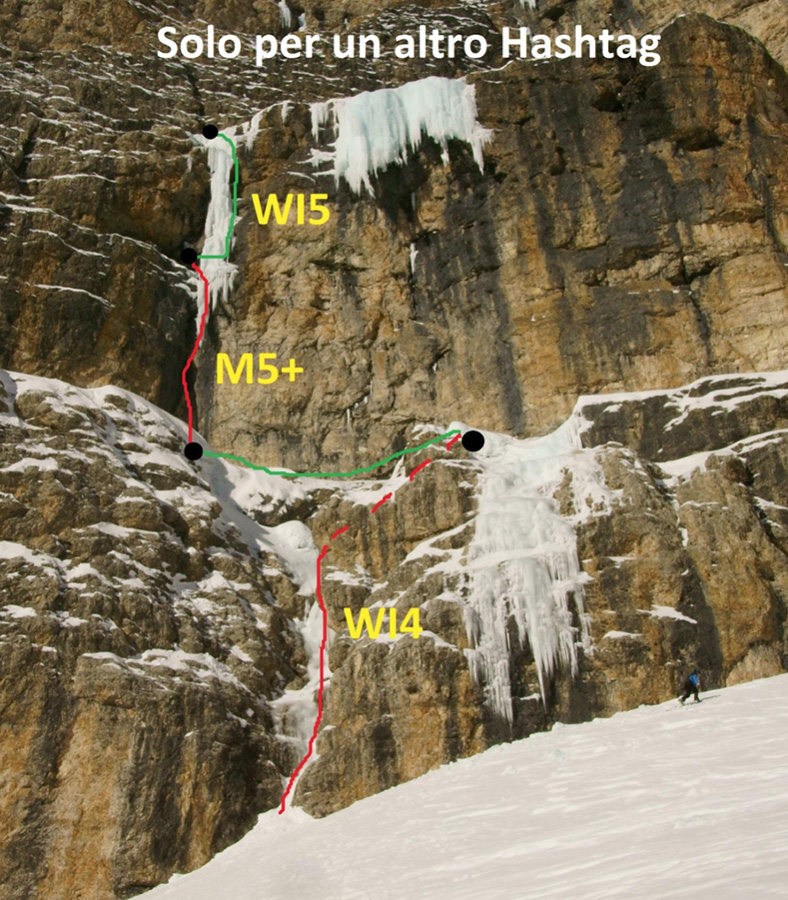