A new route that came about almost by chance, from a sudden glance at the face immediately to our left as we approached the classic ice gullies on Monte Nero. Much to our delight the route developed, one pitch after the next, into a surprisingly logical and beautiful climb.

The route follows the line of least resistance, following the natural features of the face. In-situ gear has been kept to a minimum and some pitches are superb, such as pitches 2 and 3 which are technical but nevertheless sufficiently safe, pitch 6 with its tiring moves up the chimney and off-width crack, and pitch 7 along the crack-lined vertical rock.

The first four pitches were climbed on 31 October 2015, after returning for more pegs the entire ascent was completed the next day, on 01 Novembre 2015 in seven and a half hours. 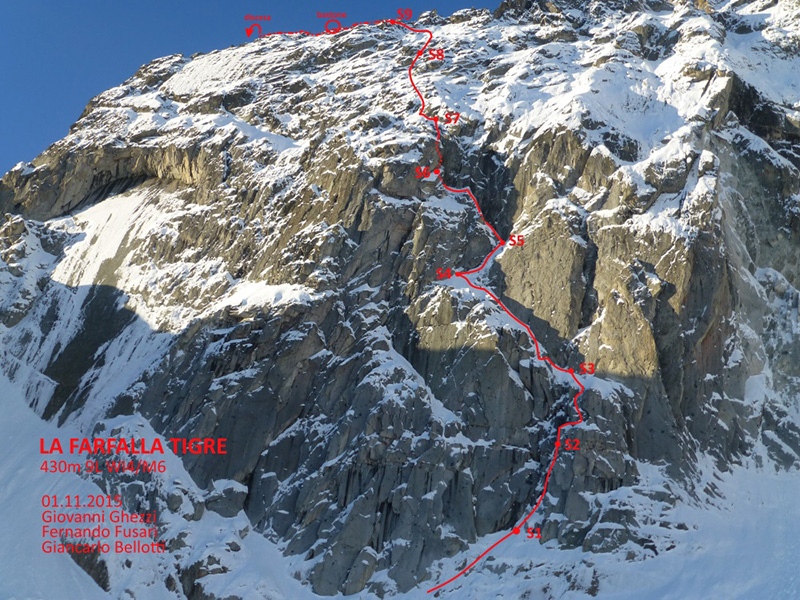