A difficult new mixed outing that follows a logical series of of cracks and corners up the Col Turont face.

Carry out the long pproach through Vallunga, then ascend to the face high up on the right. The gully steepens and becomes more narrow, short section of grade IV climbing.

Three abseils down the route.

Apart from just one single peg, the entire route is protected with nuts, Friends and ice screws. 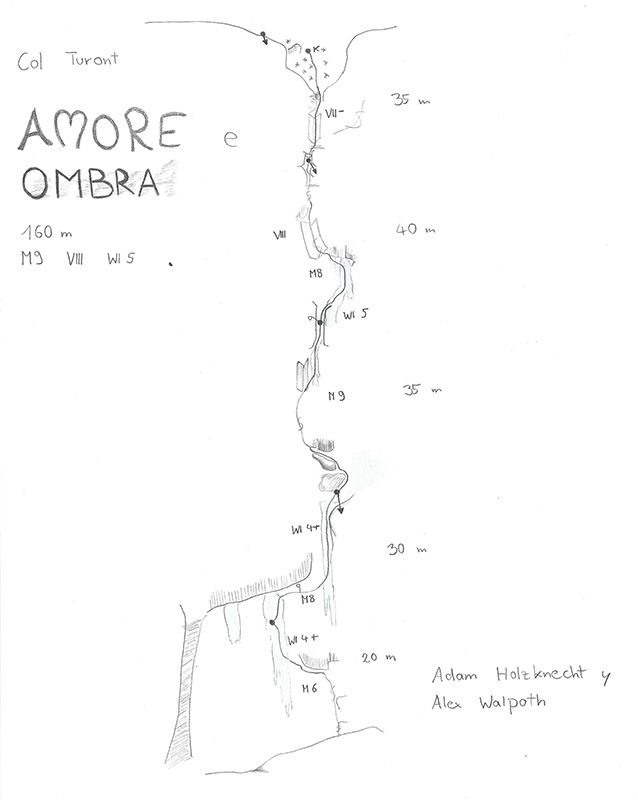