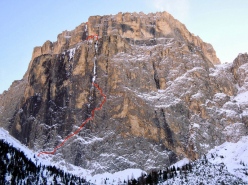 Great ice and mixed climb up the West Face of Sass Pordoi in the Dolomites, climbed over a two-day period after having fixed te first 150m of Via Fedele. On 3 December 2013 Corrado Pesce and Jeff Mercier climbed Via Fedele to reach the obvious drip and this was climbed all the way to the ledge. Total time: 8 hours from the path to the ledge. The next day the upper 200m were climbed in 5 hours.

From Val di Fassa drive up towards Passo Sella and park the car at Rifugio Pian Schiavaneis and Monti Pallidi.

Follow the path up through the valley to reac the base of Via Fedele.

Three pegs were used, one was left in-situ. Ice screws and full trad rack. Two bolts were found from a previous attempt.

Thanks to the Mountain Guides Luca Beccari and Andrea Di Donato for the logistics.

COMMENTS for the route "Ghost Dog"

No comments found for Ghost Dog 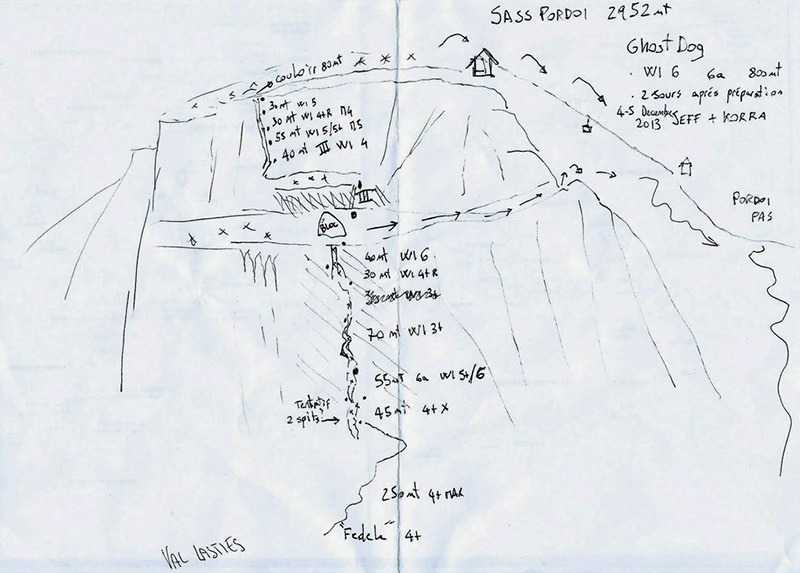