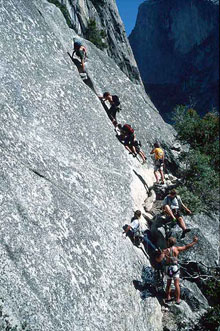 Because of the long approach and north-facing orientation, the Regular Route has an Alpine quality not found on other popular Yosemite walls. The climbing starts off wandering at a low angle and gradually grows steeper and gets better. The last seven pitches are spectacular. Place one South Face of the Column on top of another one and you will get an idea of the Regular Northwest Face's length and difficulty.This was the first Grade VI climbed in the world. Attempts in 1954 and 1955 pushed the route to the 200-foot and 400-foot levels, respectively. On June 24, 1957 Royal Robbins, Jerry Gallwas and Mike Sherrick embarked on the third attempt. With speed as a top priority the team brought only a 60-pound haulbag, 3.5 gallons of water, 45 pitons, 25 bolts, and flight suits for bivy gear. The climb entailed some of the most strenuous and wild climbing ever attempted on a big climb. After five days, the trio stood on the summit, having completed the most difficult wall in North America.

4 hours down the 9 mile Half Dome trail. 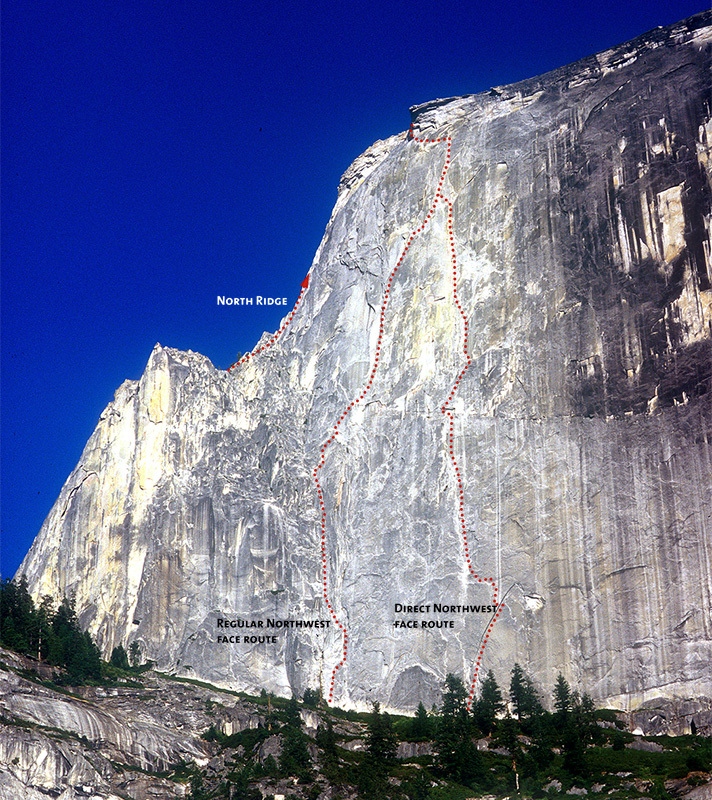 A technical hybrid down jacket that combines the benefits of...