Beautiful aid climb up the NW Face of Monte Brione, close to Arco between Riva and Torbole. The route was rebolted in November 2013 by Paolo Calzà and Danny Zampiccoli.

Park at "La Grotta", the small village in the municipality of Arco close to Riva del Garda.

Walk up the hill along a barely recognisable track towards the roof and the base of the route. Bolts clearly visible.

Either make two abseils, the long one is 60m. Or descend on foot from the summit, heading south to join the path that leads to the village San Alessandro and then continue north along the road to reach La Grotta.

"Via Giopia" is dedicated to a mother. Rebolted in November 2013.

COMMENTS for the route "Via Giopia"

No comments found for Via Giopia 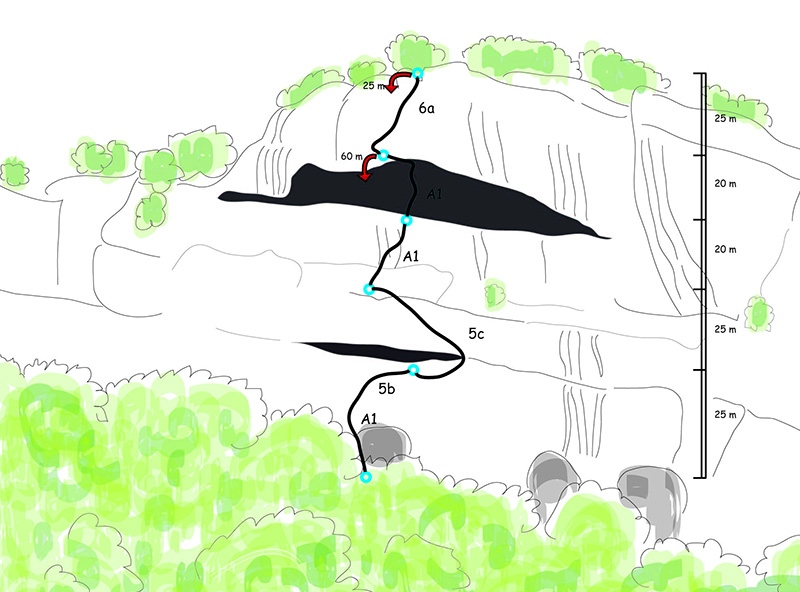