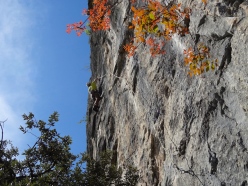 Pleasant rock climb Valle dei Laghi established ground-up by Peter Moser and Alessandro Beber in April 2012 and then freed by the first ascentionists. "During the ground-up first ascent we used some trad gear (some small and mid-sized friends) but when we finished the route we decided to add some bolts to render the run-outs more homogeneous. Now only 10 quickdraws are needed to repeat the route. The first pitch was subsequently bolted from above, too, to avoid the difficult sideways approach from the forest."

From the square in Fraveggio reach the base of the cliff in 10 - 15 minutes. The route starts circa 30m to the right of Dorian Gray (plaque at the base).

Either abseil down the route (clip some bolts on the last two overhanging pitches) or descent on foot: scramble up into the forest and traverse left to reach the Scal path that leads back down to the village.

Thanks to Climbing Technology, Millet and Scarpa. 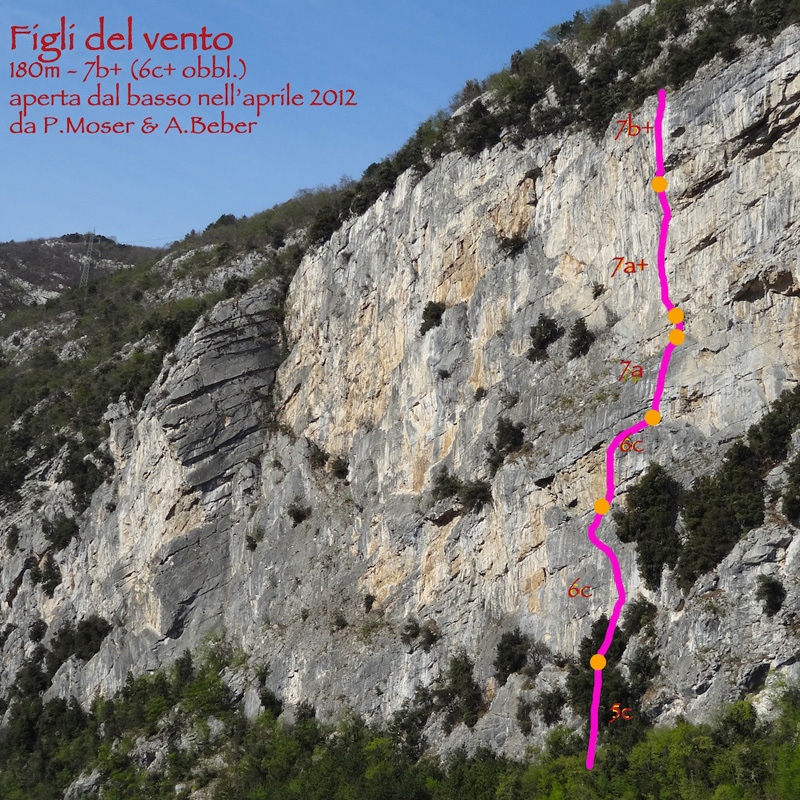 A three-buckle harness designed for women, ideal for multipitch, mountaineering...