Park the car at the “Col Rodella” cablele car in Campitello di Fassa. Walk along the cross country piste towards Fontanazzo and after 10 minutes ascend the gully on the left to reach the base of the icefall. Walk-in: 30 minutes from the car (from the main road make sure you locate the right gully!).

Full ice climbing rack. Ice screws, including a set of short screws, micro friend + 0,75 BD. Bolts have been placed on the mixed sections.

After some research we discovered that the icefall “Carpe Diem” had been climbed previously by  Giorgio Carlotti & friends, entirely on ice and without leaving any gear in-situ! The original name of the icefall was “Tupac Amaru” and the climb had been graded WI 5°. The route was repeated by Tommaso Cardelli and Cristian Dallapozza on 10/4/2010., and the first ascentionists agreed to leaving the bolts on the mixed sections and at the belays. 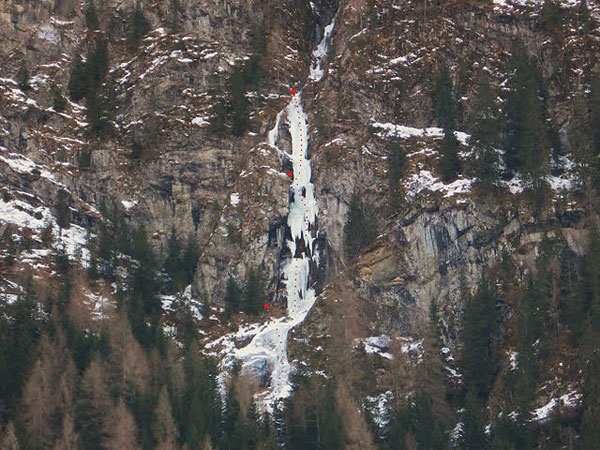