From Kolm Saigurn 1598m follow the forest track that leads to the hotel, but immediately after the village cross the river on the left-hand side of the valley and, when close to the bus stop, head for the obvious Hocharn 3254m peak on the left. Ascend the obvious gully which cuts through the lower section of the Hoher Sonnblick's northern slopes. Next traverse left across the plateau and head slightly northwards, following the obvious line of ascent to the Hocharn summit, marked by a large wooden cross.

The ascent is always obvious and never dangerous, but look out for crevasses at the beginning and end of the season.

The descent follows the line of ascent and has no obvious difficulties. In case of fog pay particular attention to crevasses at the beginning and end of the season.

COMMENTS for the route "Hocharn"

No comments found for Hocharn 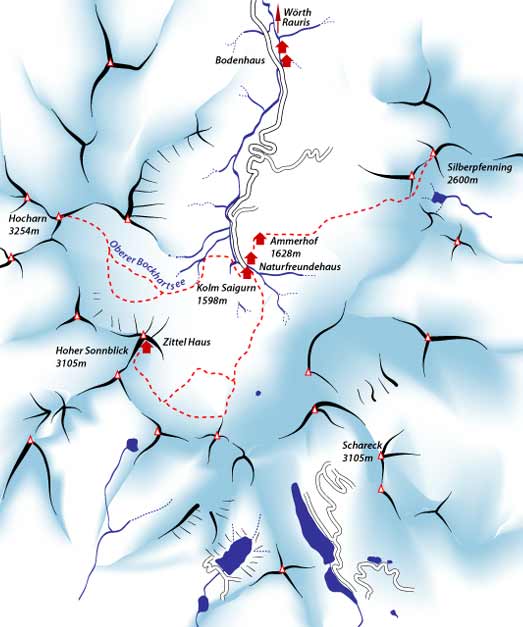