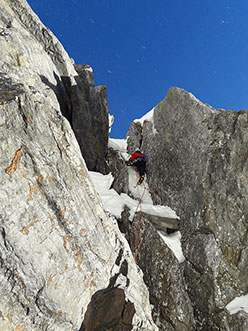 The route climbs up the heart of the east face of Pizzo Porola, following a series of obvious gullies that alternated sections of alpine ice, powder snow and rock to reach the ridge where the wind was so strong that they were forced to rig an abseil, descend into the southeast gully, and then climb this to the summit.

COMMENTS for the route "80 Primavere"

No comments found for 80 Primavere 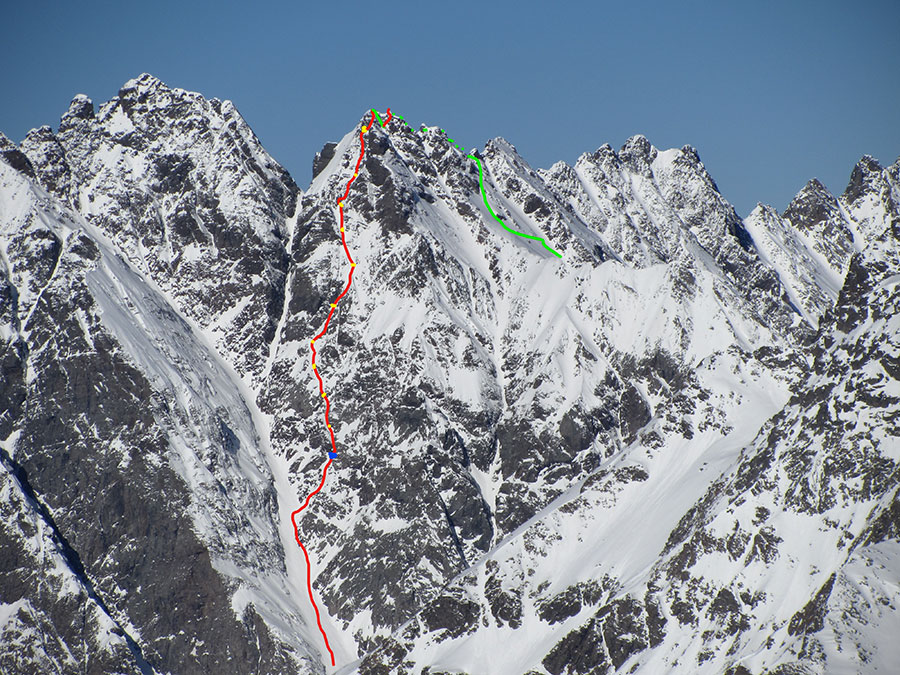