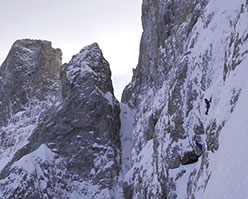 Alpine outing up the north face of Focobon, offering great but somewhat severe climbing due to the poor pro. La Bestia is technically harder but offers more pro with cams on the rock. Both La Bella and La Bestia ascend to the right of Spigolo Nord, a summer rock route established in 1962 by Dino Fontanive and Paolo Fauri. The drips can not be seen from the Mulaz Refuge; conditions can be checked by ascending 400m towards Falcade.

From Val Venegia reach Rifugio Mulaz; possibility to sleep in the winter room, sleeps 12. From here continue to below Cima Focobon and coast the mountain to reach the base of the drips below the NE Face.

The belays on both routes are bolted, except for the last one on La Bella which is made on 3 threads, and the last one of Bestia on Abalakov, seeing that the battery of the drill took flight!

During the first ascent a bolt was placed halfway up pitch 3. This however was not found by Fabrizio Dellai and Federico Monegatti who made the first repeat on 11-12/01/2019.

COMMENTS for the route "La Bella"

No comments found for La Bella 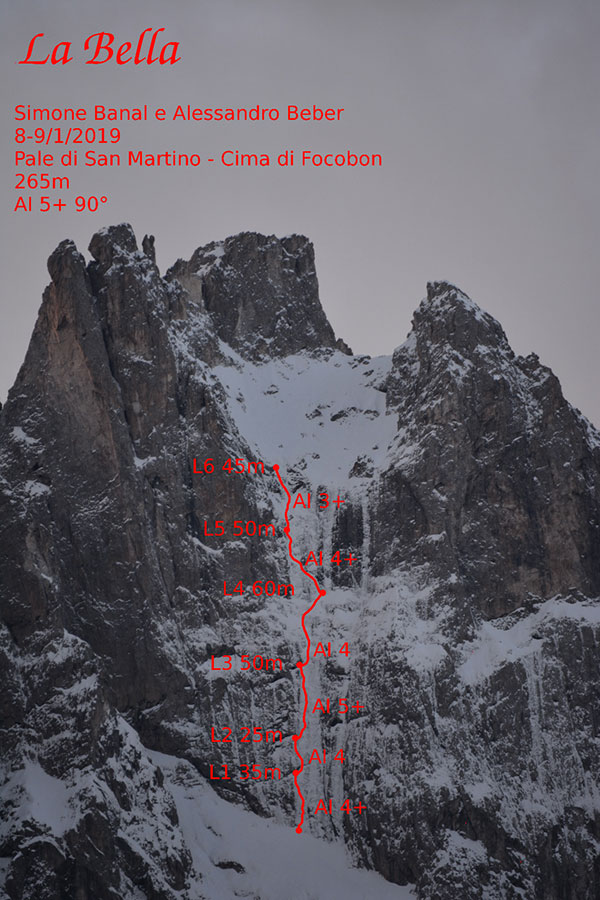