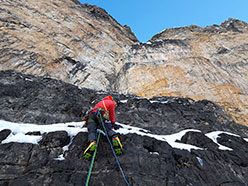 Established on 2 and 5 December ground-up, this new climb is sustained and offers sections of mixed climbing followed by total dry up solid, often overhanging rock. The line we chose climbs to the right of Via Deserto dei Tartari put up years ago by Cesare Maestri, and probably shares the final pitch in its new winter version.

The route is equipped with two 8mm bolts at the belays and also on the pitches, but only where the rock took no trad pro (friends and nuts). Despite the bolts, the runouts are considerable and offer demanding climbing. 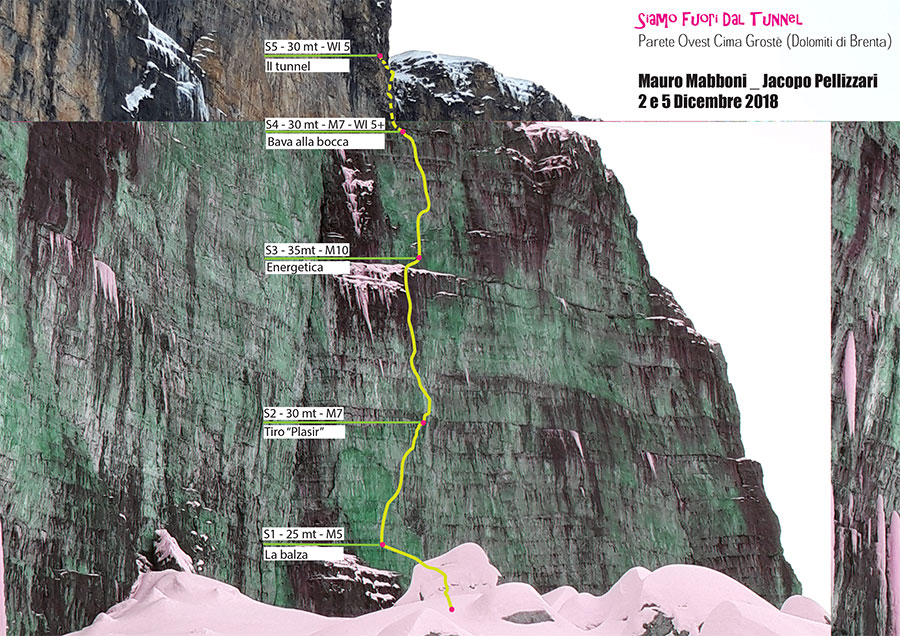