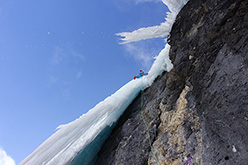 Difficult new mixed climb in the Sella massif, put up by South Tyrolean alpinists Aaron Moroder and Alex Walpoth established. Climbed onsight and in 5 hours, route tackles one of the many faces on the left-hand side of Val Lasties, circa 400 meters below the classic Cassiopeo icefall. The climb breaches interesting rock and ice. The first ascentionists used a series of Friends, ice screws and two pegs to protect the first belay (subsequently removed). Two abseils led them back at the base of the route.

From the car park a few hundred metres after the Pian Schiavaneis hotel walk towards Sass Pordoi, via the steep Val Lasties. At one point the valley widens and becomes flatter, continue up Val Lasties until the route springs into view on the left. A steep scramble leads to the base of the climb.

Two abseils lead to the base of the route.

The first ascentionists used a series of Friends, ice screws and two pegs to protect the first belay (subsequently removed). 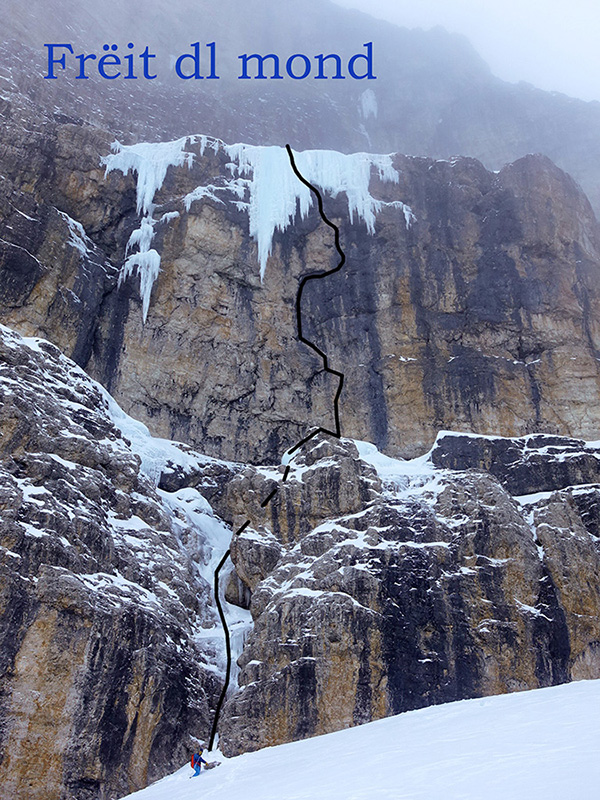