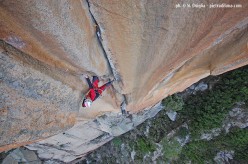 Fantastic climbing up pumpy, overhanging cracks on stupendous granite. Acrobatic descent, clip some friends during the abseils to keep close to the rock face.

From Solenzara take the road towards Col di Bavella. After Bocca di Larone (608 m), the view opens onto the beautiful granite towers. Continue to the bridge at  Polischellu and park the car circa 300m further in a layby on the left.

Opposite the layby there is a recently tracked path. Follow this for 20 minutes until his descends to the river, after having past a narrow ledge. Wade through the river and ascend the opposite slabs (Grade II, slippery when wet). From here follow the cairs to beneath the route Jeef, then continue as best possible up the gully to reach the base of the wall, circa 50m beneath Delicatessen (1.15 hours from the car).

Acrobatic descent, clip some friends during the abseils to keep close to the rock face 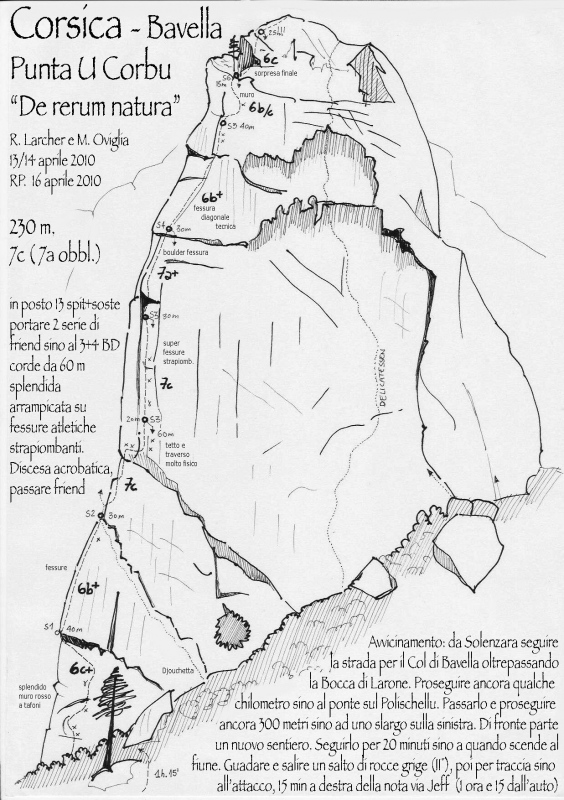