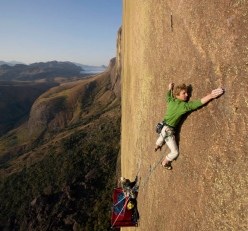 Highly technical face climbing up exceptional rock, deemed one of the most beautiful challenges in sport climbing by Frenchman Arnaud Petit.

The route had originally been started by a German team in 2005 comprised of Daniel Gebel, Ari Steinel, Uschi Beer and Joachim Seitz.

The name was provocative, the gaunlet had been thrown and international interest arose two years later when François Legrand, Giovanni Quirici, Greg Sobzack and Evrard Wendenbaum set about freeing half the route and completing the line to the summit, while in 2008 Stéphanie Bodet, Sylvain Millet, Laurent Triay and Arnaud Petit took up the challenge. This extraordinarily talented French team managed to free all the remaining pitches over different days, and despite strong British interest by the likes James McHaffie and David Pickford, a single-day redpoint was left outstanding until Adam Ondra carried out the  first free ascent in a single day at the end of September 2010.

COMMENTS for the route "Tough Enough"

No comments found for Tough Enough 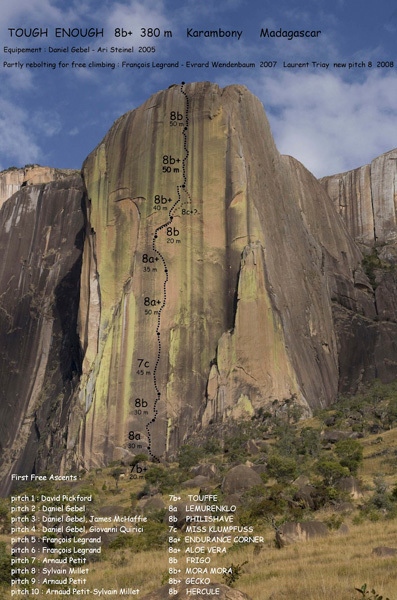