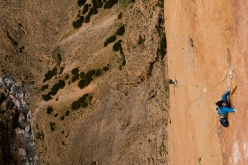 In April 2013 Ines Papert, Lisi Steurer and Patrik Aufdenblatten made the first ascent of Azazar (400m, 8a) up the Tadrarate rock face in the Taghia Gorge, Morocco.
Papert described the nine pitch line as "a somewhat alpine outing because of the long runouts on all pitches. But the climbing is very varied and steep overhangs are quickly followed by extremely rough slabs and our route is certainly no walkover: the difficulties never diminish and the climbing is demanding, both physically and psychologically, throughout."

Reach the village of Taghia.

From Taghia follow the Berber path Akka ‘n Taghia gorge for 2 hours to reach the base of the route. Azazar starts circa 100m to the right of Antro.po.cene.

The route is protected by 80 bolts (including the belays) but long run-outs make this a demanding outing.

COMMENTS for the route "Azazar"

No comments found for Azazar 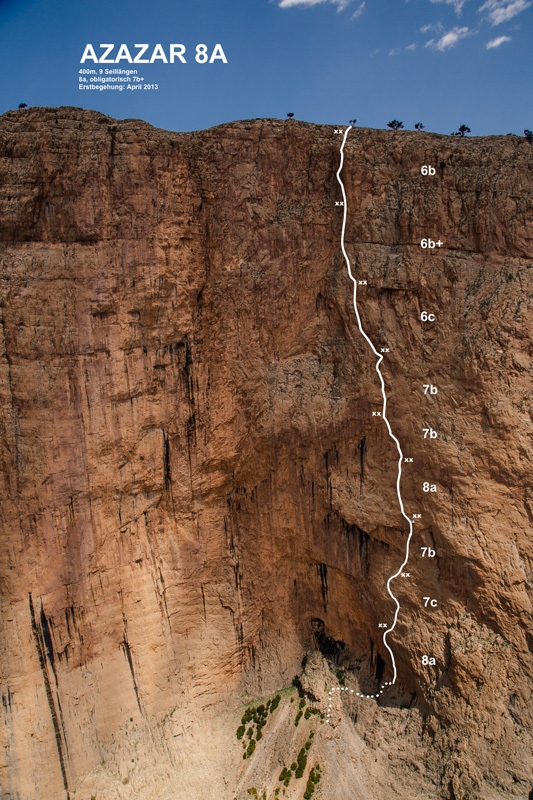