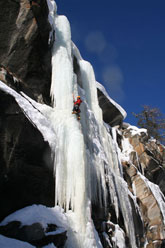 From Turin take the motorway north towards France and exit at Aosta West/ Saint Pierre. Continue towards Courmayeur, after circa 3 km turn off right for Valsavarenche. Drive up the valley to the last bridge which crosses River Savara.
From Chamonix drive through the Mont Blanc tunnel and reach Courmayeur. Follow the main road towards Aosta and after Arvier turn off for Valsavarenche and contiue on up to the bridge.

Park at the car park used for Rifugio Chabod. Ascend up to the obvious cave on the hydrographic left. 5 minutes.

From the top of the icefall reach a tree on the left. Abseil off this to the base of the cave.

COMMENTS for the route "Missione compiuta"

No comments found for Missione compiuta 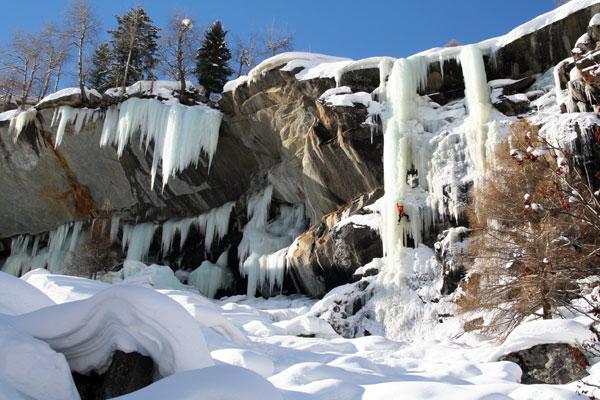