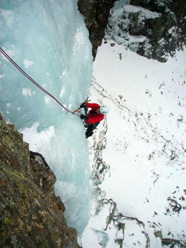 Repentance is composed of two distinct sections combined by a 60° snow and ice gully. The first section is more sustained and elegant while the second is easier (4°) and even in its own right would be a nice icefall. It is possible to exit right after the final step: this alternative is just as difficult as the climbing below and is ideal for those in such of stamina climbing!Repentance was first ascended in 1989 by an extremely capable team and in truly extreme conditions: the route was draped in overhanging cauliflower ice and an enormous hanging curtain on the lip. In recent years the route has always been compact and fully formed, enable it to be started from various different points, including the original start in 2007. Bolts dating back to various eras have been placed both to the left and the right of the icefall, making for a quick abseil descent.

NOTE: The Gran Paradiso National Park has issued a climbing ban to protect the bearded vulture (Gypaetus barbatus L.) in Valnontey (Cogne), Italy. It is prohibited to climb on this icefall and the others nearby

From the Aosta West motorway exit drive through Cogne and continue to Valnontey. Park at the end of the road.

Walk up the long Valnontey valley to the Erfaulet bridge, and continue to the left of the river. Walk through the woods to reach the first big gully on the right. Scramble up loose terrain and reach the base of two large waterfalls with some difficulty. Monday Money is the righthand drip. Walk in: 1 hour 45min

COMMENTS for the route "Repentance Super"

No comments found for Repentance Super 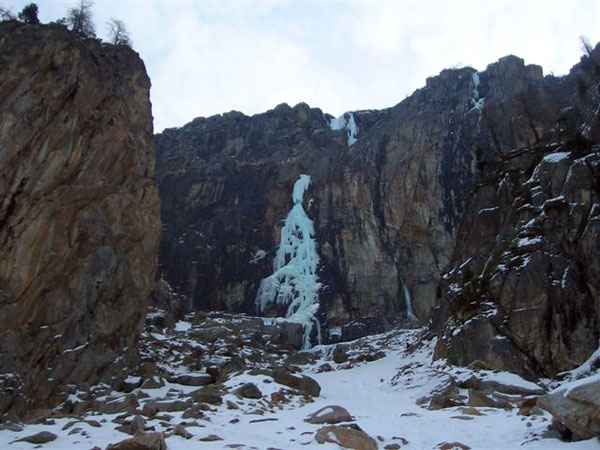