Australian photographer Simon Carter presents an incredible display of photos which capture climbing at its best. 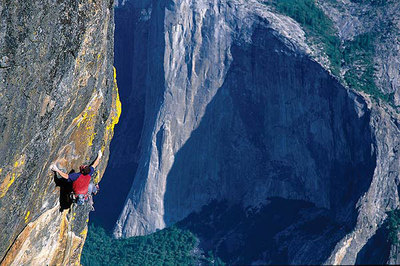 Autralian born photographer Simon Carter has spent the last decade ceaselessly documenting some of the most important climbers and climbing areas in the world. The result - an incredible display of photos which capture climbing at its best.

We spoke to the man behind the shutter to discover his view of this vertical world.
Simon, what is it that took you into climbing photography?
I got into both photography and climbing at school, when I was a teenager, maybe about 24 years ago. So combining the two had always really appealed to me, but I thought it was always going to be a dream. I had convinced myself – or at least I’d been convinced – that it wasn’t possible, at least not in Australia. Then about 13 years ago, when I was climbing full time at Mount Arapiles I also found myself getting back into photography on my rest days. It was then I decided to give it a serious go. I think that it was part thinking that after climbing full-time I’d find it hard getting back into more ‘normal’ work, and part just wanting to try the thing that appealed to me most.

What are the hardest bits, and the easiest…
The hardest bit is finding time to do everything I want to do! Getting the balance between running a business and travelling and taking photos is tricky. It would be nice to have unlimited resources and time to travel and do the photography. In a sense the photography is the easy bit, I love visiting great crags and trying to create images, but that said, it has it moments when it can be sheer hard work or gets more gripping than I’d like!

Has climbing photography changed over the years?
It has changed a lot actually. Climbing has changed in obvious ways: more climbers, more mainstream, but also more areas and a lot more routes, which is great. But the changes I notice the most is the way technology has changed photography and business – it’s a lot of work staying on top of it all! When I started all correspondence was done by letter, fax or phone, now email and the internet rule. This has made it a lot easier for me to work with climbers and business all over the world. Globalisation eh! And of course digital cameras have been in the process of changing photography the last few years. It has made it a lot easier and more accessible for many. I’m not convinced it has made photography better, or necessarily makes for better photography, but it’s the way the world’s going…
What do you look for in a great photo?
A “sense of place” is one of the things I value the most in an image. I like it when an image tells you something interesting about the climb, shows the route or the area. I like shots to combine the action AND setting. Capturing the action is good, almost a given, but I prefer it when a shot also shows what is special or unique about the climb or the place. For example, if the climb tackled an interesting formation then it should show that - and why someone might be inspired by the route, or visiting that area. Doing this well can be tricky.

What equipment do you use?
I’m still shooting film – and intend to for a while yet. I like using film, I like its physical aspect, I like the quality and it colours. I’m using a Nikon F100 (which they’ve stopped making) and primarily shoot on Fuji Velvia 50 (which they are going to stop producing in the coming months). I used fixed focal length lenses as they are faster than zooms and give better quality results. Favourites are 16, 20, 35, 85 and 135. Static rope, jumars, climbing gear and a chest harness.
Tell us about the book World Climbing. It must have been quite something...
Yes, big project! I started travelling and shooting overseas in 2000 and did about two big trips each year after that, but it wasn’t for a few years that I really thought that I’d be able to put together a book like the one I wanted to. In the end I self published the book so there was a lot of work on the production and distribution side of things too.

What are you most proud of?
Staying true to my dreams and sticking with shooting the things that inspires and interests me the most.

Simon Carter introduces the climbing at Arapiles, the most famous crag in Australia that, this year, celebrates it's 50th anniversary.

Climbing photographer Simon Carter explains the tricks of the trade in this interesting short video clip.

Autralian born photographer Simon Carter has spent the last decade ceaselessly documenting some of the most important climbers and climbing areas in the world. The result - an incredible display of photos which capture climbing at its best.

All news about Simon Carter  >> 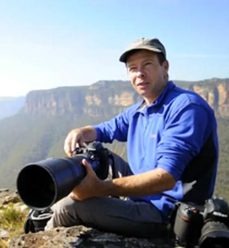 INFO / World Climbing: Images from the Edge
An extraordinary photographic odyssey that is as inspirational as it is beautiful. Rich colour, unlikely perspectives and dizzying heights combine to mesmerise the spectator and transport them into another realm. This extensive work captures over ninety different climbers in action at twenty-nine climbing areas from twelve countries. It covers climbing from its easiest to its hardest but above all its best.

Biography
Born in Canberra, Australia, in 1966, Simon Carter became interested in both photography and climbing as a teenager. He has climbed regularly since 1984 and in the early 1990’s was successful on some of Australia’s more difficult routes.