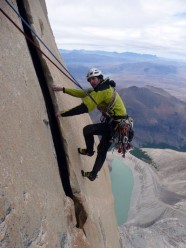 The 23 pitch line includes various 65/70m pitches climbed free up to 7a+, with some hard aid up to A3+ which totals circa 20% of the highly esthetic line. Gear was initially transported to the base of the route with the help of 5 other Italian mountaineers and when these left the trio set to work. They prepared the first section over a three day period before spending 11 days for their summit pilgrimage, which included a final 400m summit push. 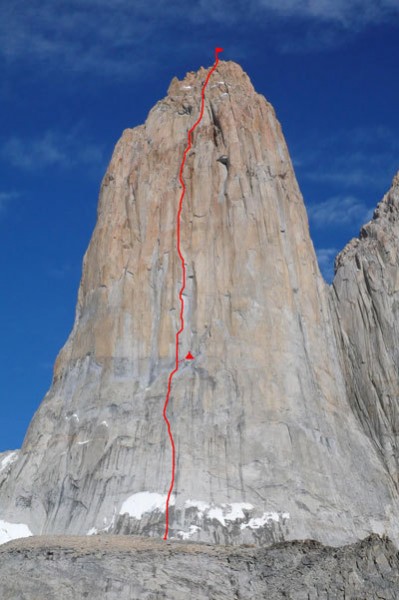