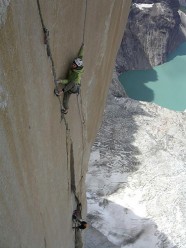 The 1300m route, first ascended by Kurt Albert, Bernd Arnold, Norbert Bätz, Peter Dittrich and Wolfgang Güllich, takes a direct line up the compact granite East Face of Paine's Torre Central and is widely considered to be one of the crown jewels in Patagonia's repertoire of classic climbs.

Originally graded VI 5.12d A3, the route was repeated in 2006 by a strong Belgian team comprised of Nicolas Favresse, Olivier Favresse, Seán Villanueva and Mike Lecomte who managed to free some, though not all, of the aid pitches.

Over a 15-day period from 16 January to 20 February 2015 Ines Papert, Mayan Smith-Gobat and Thomas Senf made what is believed to be the 5th ascent of the route. Although some sections were climbed with the use of aid, new variants were discovered thus coming one step closer to the coveted first free ascent.

In January 2016 Mayan Smith-Gobat and Brette Harrington, despite encountering terrible conditions, managed to confirm "that the crux pitches go free for sure."

Riders on the Storm remains a formidable challenge and a testament to the ability and foresight of the Germans who pioneered the line over a three week period in late 1990 and early 1991.

COMMENTS for the route "Riders on the Storm"

No comments found for Riders on the Storm 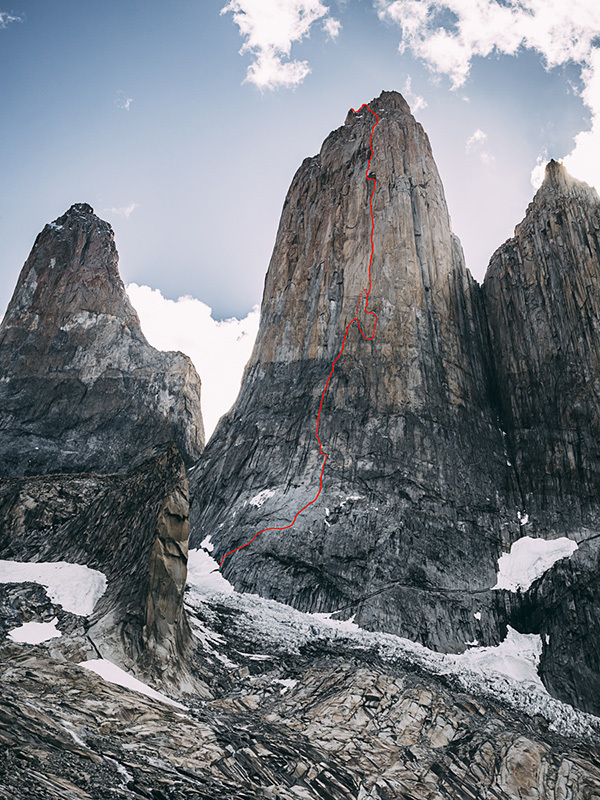