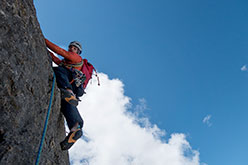 Alta infedeltà, High infidelity, climbs the beautiful limestone slabs on Sasso delle Undici in the Marmolada group follows the most interesting looking rock. On the second pitch we came across lots of threads, unfortunately we weren’t so lucky on the following pitches and so, in light of the fact that we wanted to make something logical and at the same time not too dangerous, we decided to add some bolts to protect the more demanding sections. Having said that, it’s more of an alpine outing that a sports climb and requires protecting with cams and the ability to run it out on Vth grade terrain a fair way above the last peg.

At the end the route tops out on a panoramic foresummit. On the West Face (on the right, facing the moontain) easily located the bolt, which is the last bnelay of the route 'Testosterone Andante'. From here three 50/60m vertical abseils lead down to the scree at the base of the west face. Coast the wall and quickly reach the start of the route and then return to the car.

COMMENTS for the route "Alta infedeltà"

No comments found for Alta infedeltà 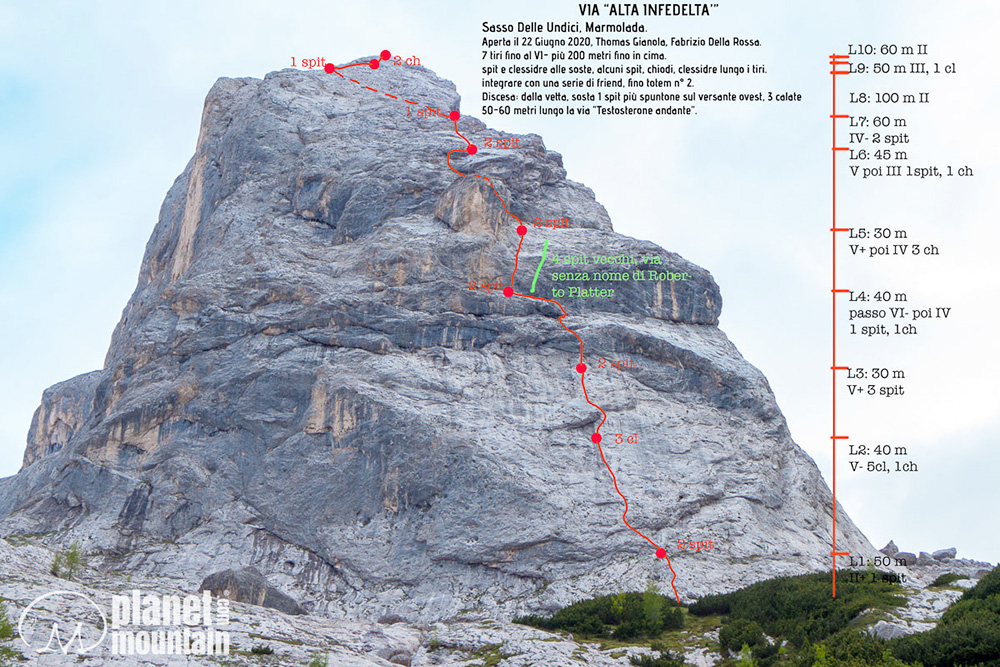