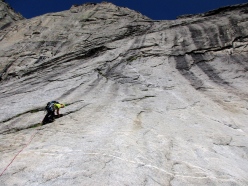 Via Napoleone is an alpine climb in Val Torrone (SO), above Val Masino, established ground-up past the most obvious lines of weakenss.

The route climbs the wall to the right of Fiamma del Torrone and is recognizable by two marked grassy ledges on the upper section. Punta Valeria (proposed toponym) is the rocky bow characterized by a set of sharp spires at its summit.
From the Manzi-Pirrotta bivouac traverse the moraine towards the obvious Fiamma del Torrone. Scramble up for a hundred meters towards  an obvious white vein at the base of the smooth basal slab, at the end of which are some large flakes (peg with old tat just before a small balcony).

COMMENTS for the route "Via Napoleone"

No comments found for Via Napoleone 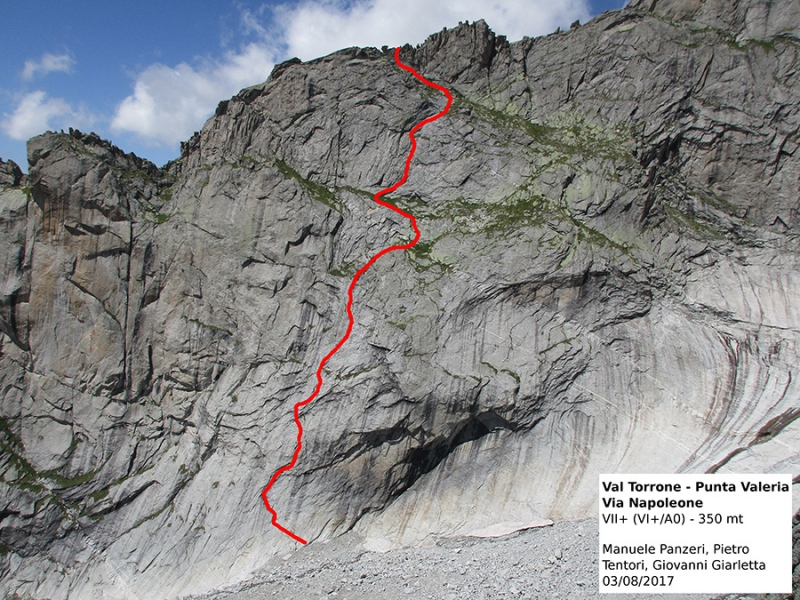