PukaNaka starts about 5 meters right of Gratta e Vinci, put up in 2012 by Christoph Hainz and Simon Kehrer. The wall faces south-west, is ideal therefore for spring or autumn. The line climbs past rock which is friable at times, however many sections offer interesting climbing, and the 15 minute approach make it quite an attractive proposition. After the eleventh pitch the angle eases off and vegetation abounds, so we decided not to continue to the summit but, instead, to allow for an easy abseil descent. The summit book is on the wide ledge on pitch eight.

From Brunico drive to San Lorenzo, then continue to San Vigilio di Marebbe. From here drive on towards Pederü, after circa 9 km park to the right of a large meadow where the entire Sas dai Tamersc springs into view.

From the car park cross the meadow and head right past a tower and scramble up the narrow gully to reach the obvious starting slab. Circa 15 minute approach.

The descent is carried out via 6 abseils, and the last one uses the belay of Gratta e Vinci.

COMMENTS for the route "PukaNaka"

No comments found for PukaNaka 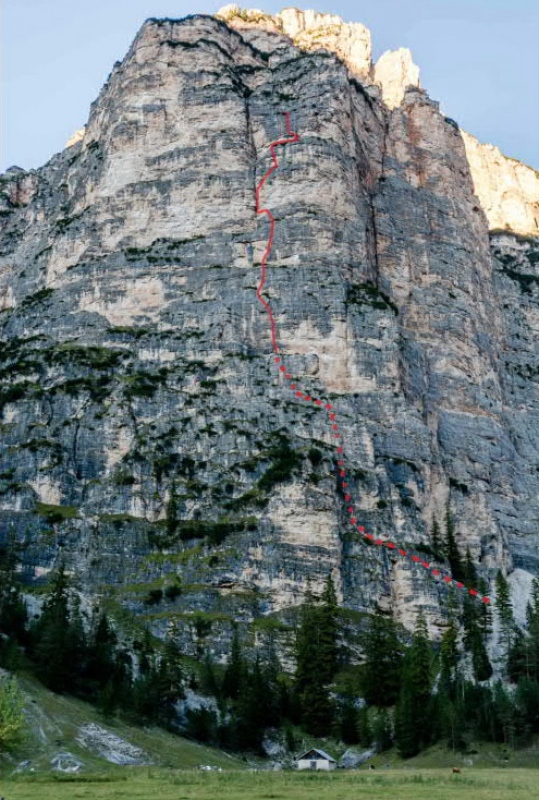