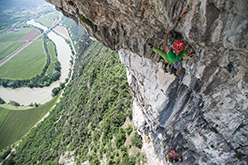 Take the A22 Brennero - Verona motorway, exit at Affi, follow signs for Spiazzi (right at the first roundabout, left at the next turnoff. At Zuane (5.5 km) turn off right for Brentino-Trento. Take the state road for Rovereto-Trento and park the car shortly before the sign for Preabocco.

Park close to Cantina Antico Fenilon, walk south along the SP11 for about 250m until you reach a picnic area along the cycle path on the right. From there, take the road on the right into the woods for 50m to reach a path on the left with red markers. The trail climbs steeply directly below the large overhangs and wide ledge. The route starts in the central section of the cliff, where the big stalactites begin, just left of a grotto. The start of the Soft version is on the far left of the ledge, before the niche. Up to the first belay is 7a, an excellent warm-up. 25-35 min from the parking lot, 200 vertical meters.

Three airy abseils from the summit back to the ground. The first from belay 5 to belya 4. The second from belay 4 to belay 3; recommended to leave a tag line during the ascent to facilitate the descent. The third abseil incredibly reaches the ground with one precise 60m rappel.

Two 60m half ropes, 17 quickdraws for the first pitch of the Soft version, otherwise 15 suffice. 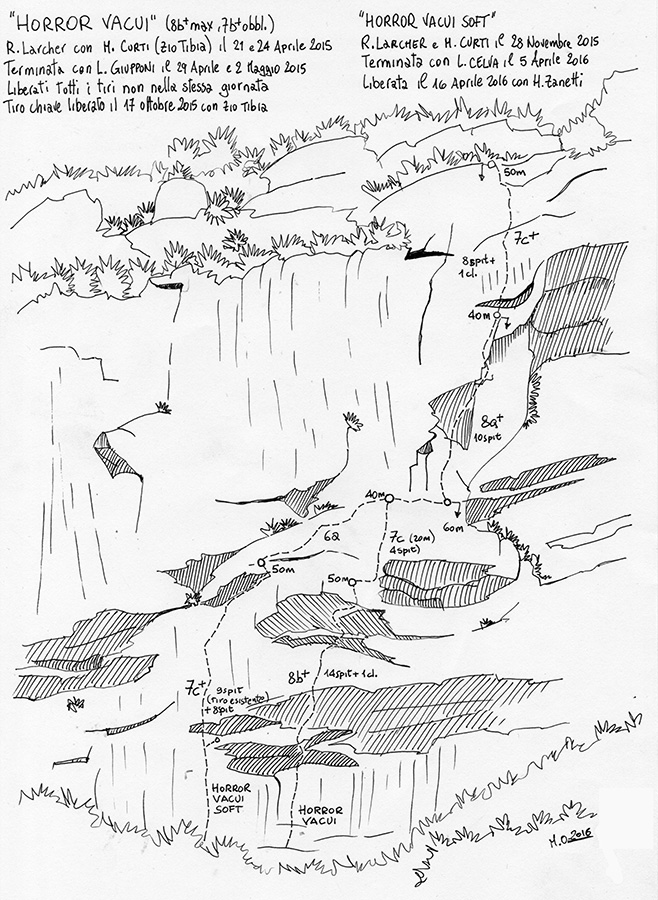