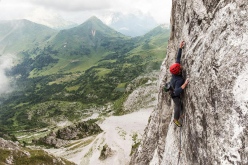 Maleficent tackles the the central section of the NW Face, climbing the compact slabs using a more modern approach than the older routes. It was climbed ground-up with a mix of pegs and a few bolts placed where rests were taken on skyhooks.  The rock quality is almost always good except for two short sections before and after the 5th belay.

From Clusone drive over Passo della Presolana (or from Boario drive up via Mala) to enter Val di Scalve and reach Schilpario. Continue towards Passo del Vivione and after 4 kilometers park the car close to Baracca Rossa.

Follow the dirt road towards Passo dei Campelli for about 15 minutes until a Madonnina shrine. From here take path #417 past the Campelli Lakes towards the Bagozza scree slopes. Once on the scree follow the track that lead rightwards below the wall. Ascend the Bramani couloir for about 60 m to reach a large thread (Belay 0).

From the top follow the normal route (path #417). From the 7th belay, it is possible to retreating via rappel (watch out for loose rocks on the ledge between B6 and B5).

COMMENTS for the route "Maleficent"

No comments found for Maleficent 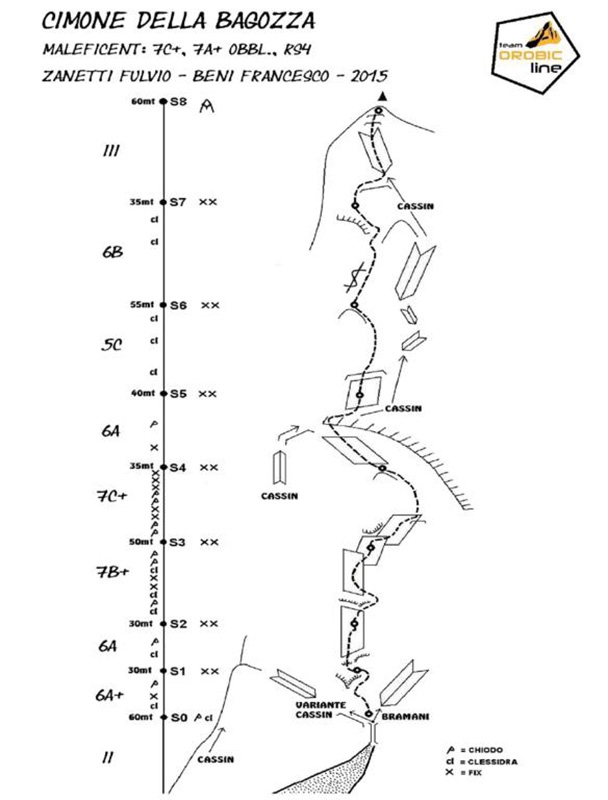