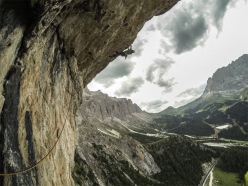 The 12 pitch route was first ascended by Val Gardena locals Ivo Rabanser and Stefan Comploi in 2004 and originally graded VII A2, then freed on 2 March 2008 by the two brothers Martin and Florian Riegler.

COMMENTS for the route "Vint ani do"

No comments found for Vint ani do 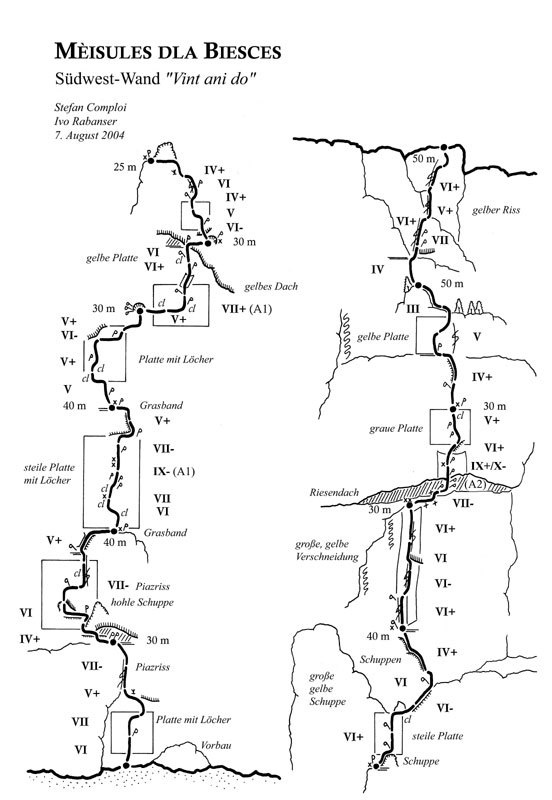