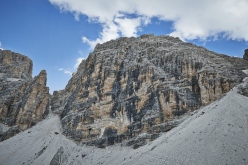 The route was established in spring 2012 during five days of efforts. Climbing ground-up, Simon Gietl and Patrick Seiwald spent two days getting past the crux and had to resort to A3 aid. The first free ascent was carried out in July 2013 and Gietl describes the route as follows: "where the route climbs dark streaks the rock is excellent quality, whereas the yellow areas are somewhat brittle. Overall the climb is extremely beautiful but demanding, both physically and mentally."

From Passo Falzarego take the cable car and follow the path 20b for 40 minutes to reach the base of the face. The route starts circa 70m to the left of Via del Drago.

All pegs were left in-situ. Take a set of Friends, nuts, and possibly a hammer and pegs.

COMMENTS for the route "Das Orakel"

No comments found for Das Orakel 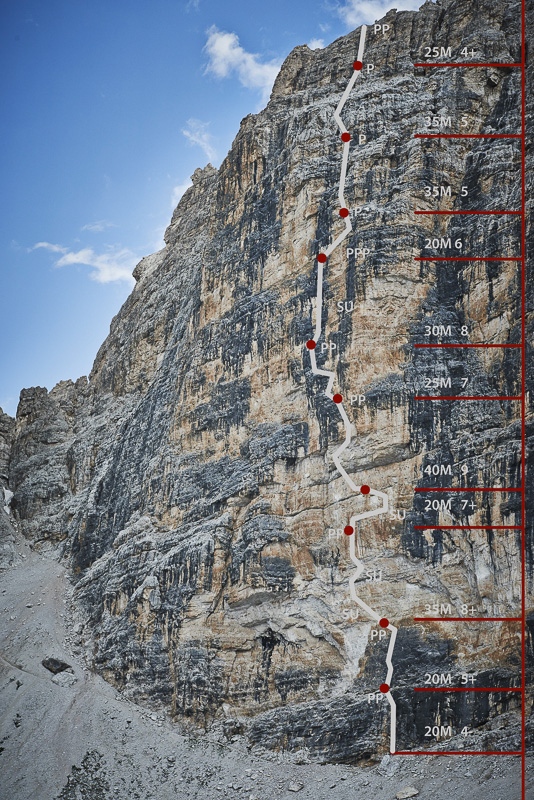