Beautiful climbing which varied from slabs to steep overhangs. The fifth pitch presents and beautiful boulder section up a tafoni but this can be avoided by climbing 2 metres to the right, away from the line of bolts. The route exit on the left, where it joins  "Bleau comme l'enfer" contains a 7B boulder crux, a compression up the vertical face. The exit on the right is spectacular.

Bolts have only been placed in sections which are otherwise unprotectable. A set of camming devices is necessary up to #3, slings and kevlar threads, two 60m ropes. 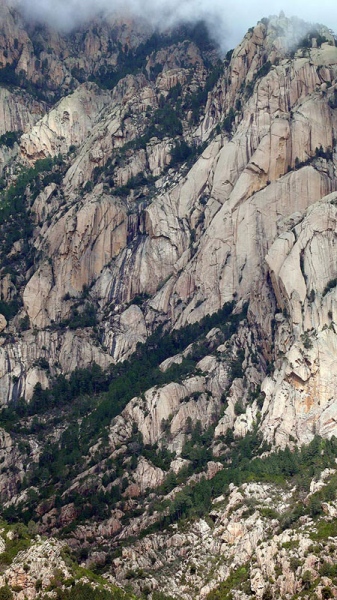