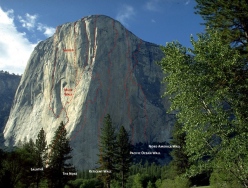 One of the all-time monuments to free climbing, the Salathé is perhaps the most logical big wall up El Capitan. Every pitch has its own story to tell and, as always in Yosemite, has its own name. Every pitch is legendary. And marked by good belays. Normally the route is climbed by ascending the first 10 pitches to the Mammoth Terraces to then abseil to the base via the Heart Ledge before continuing the ascent the next day.

The Salathé Wall is named after American rock climbing pioneer John Salathé. It was first ascended by Royal Robbins, Chuck Pratt and Tom Frost in a ground-breaking and uncompromising style over nine and a half days in September 1961 and it was the first big wall to be freed on El Capitan at the hands of Paul Piana and Todd Skinner during a nine-day period in 1988. In June 1995 Alexander Huber became the first to lead all pitches free. In September 2011 Mayan Smith-Gobat carried out the second female ascent after Steph Davis and described the line as "one of the most amazing climbs!" adding "The strikingly steep, flaring crack on the crazily exposed headwall captured my imagination… It is beautiful and brutally unforgiving."

From San Franciso drive to Yosemite National Park and Camp 4, the camping ground used by generations of climbers located in Yosemite Village (300km).

From Camp 4 walk to the obvious base of the route.

Pitch 27 can be climbed either on the left via the Teflon Corner or on the right via the more recent Huber Pitch which, unlike Teflon Corner, almost always remains dry.

COMMENTS for the route "The Salathé Wall"

No comments found for The Salathé Wall 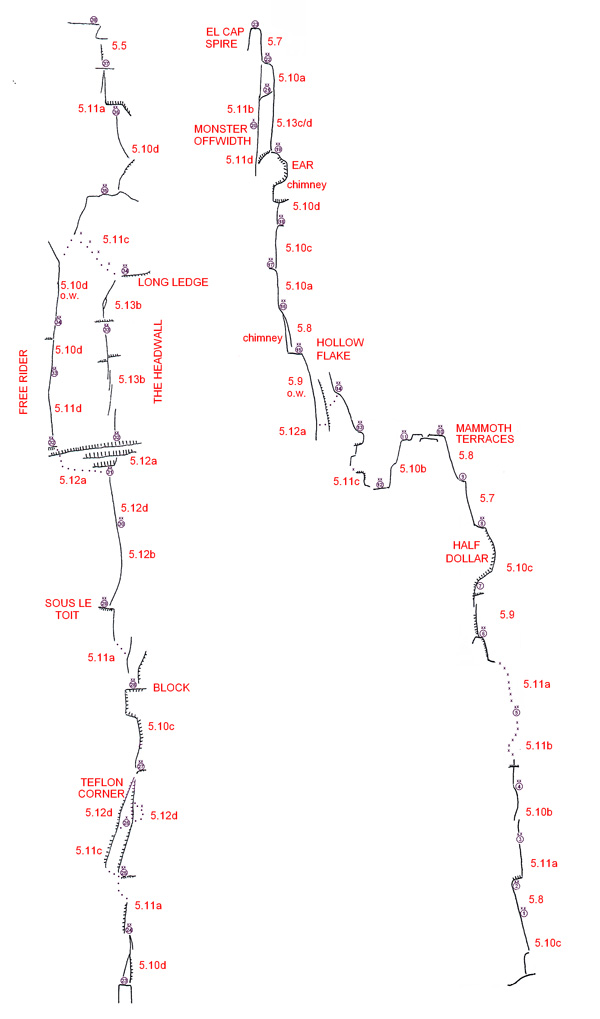