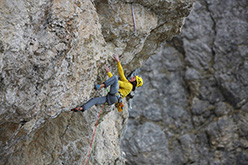 Hart aber fair - hard but fair - is located between the only other two routes on the face, namely Neolit and Spaßbremse (both established by Gietl between 2014 and 2015) and was forged ground-up over two days in summer 2015. Just like the other two routes, Hart aber Fair is protected by Friends, nuts normal pegs, and there are no bolts. The first pitch holds the crux, an enormous roof past good rock, after which the difficulties ease off slightly although the rock quality remains good throughout. It is possible to abseil off the penultimate pitch, or from the summit follow the obvious track that leads quickly backdown to the characteristic Edelweiss mountain hut.

Reach Kolfuschg / Colfoso in Gadertal / Alta Badia, then follow signs for Edelweisshütte and park at the start of the forest road.

Reach the Edelweisshütte and continue along the forest road. Above the trees traverse diagonally to reach the base of the face (45 minutes). The beautiful crack can be made out from below.

Scramble easily upwards then descend rightwards, down the slopes to join up with path #4. 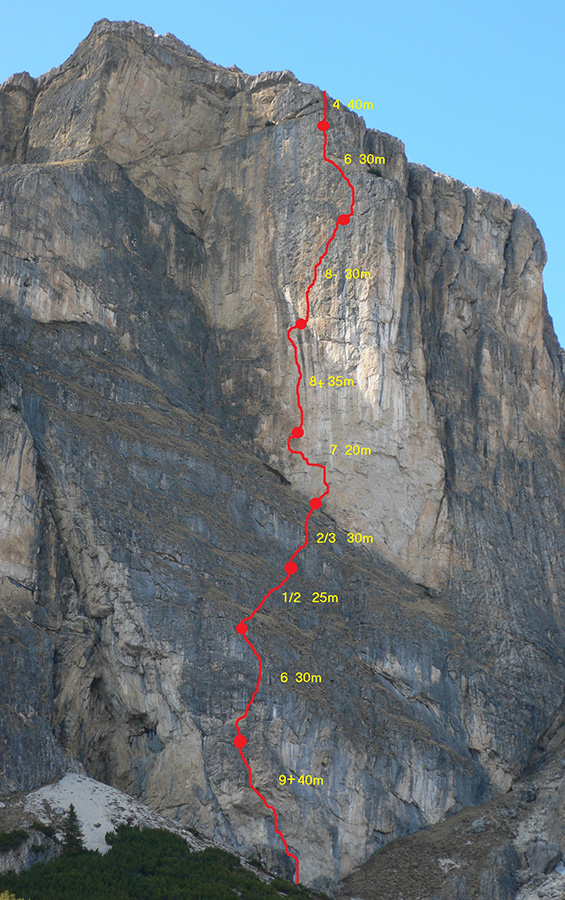 From spring to autumn