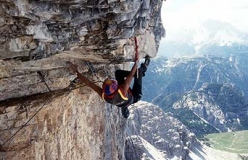 On 13 to 15 August 2001 the Italian Kurt Astner made the first free ascent of Akut, his route first climbed in August 2000 on the impressive north face of the Cima Ovest di Lavaredo.

The route starts 10m to the right of G. Baur (large roof) up a short corner. It continues beneath the roofs and exits to the right of the overhangs before continuing more or less directly upwards to meet the Cassin route. Where the long traverse finishes it continues up a crack to below the large roof (this marks the end of the overhanging yellow rock). Breach the roof directly to reach beautiful grey rock. The final 5 pitches lead directly to the large ledge below the summit.

Bolt belays and pegs along the pitches. A set of wires and friends may be found necessary as the in-situ gear can be run-out.

COMMENTS for the route "Akut"

No comments found for Akut 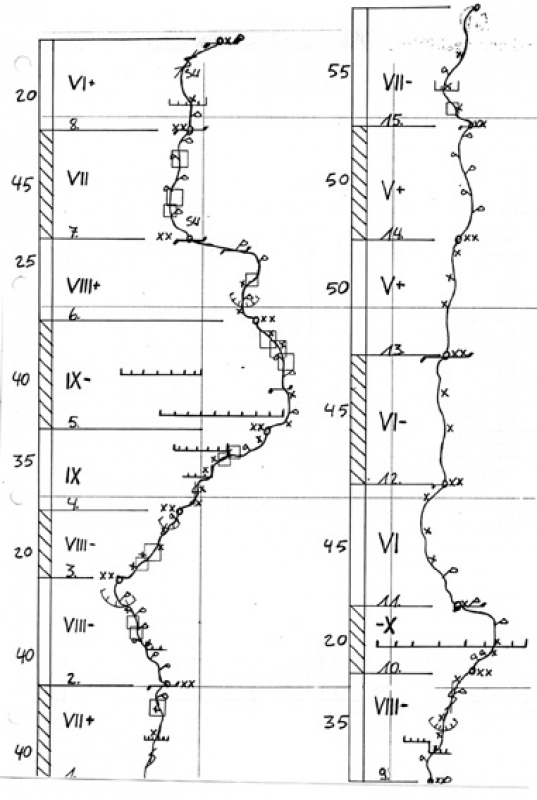